Splatterpunk, known more commonly in the 21st century as extreme/hardcore, is a brutal and uncompromising horror movement. Nothing is left to the imagination. Everything is there on the page in front of you. It is spelled out in graphic detail. Splatterpunk seeks to terrify the reader through shock and disgust.

To accomplish this task, nothing is off the table. Taboo topics, such as racism, religious intolerance, homophobia, rape, and torture, are all explored. Sex and violence is not only present, but celebrated.

Author, director, producer, and visual artist are among the many hats which Clive Barker wears. His writing often blurs opposing concepts such as the physical and the fantastical, pleasure and pain, or Heaven and Hell. It can be infinitely detailed or brutally simplistic depending on what the situation warrants. Barker was also among the first to feature openly gay protagonists in his tales. He is a powerhouse both inside and outside the subgenre. When not writing splatterpunk, Barker even has a bestselling children’s series. Recommended Reading: Books of Blood.

F. Gonzalez, along with Richard Laymon, was a writer lost too soon. Infinitely likeable, Gonzalez’s writing was immediately accessible and brutal. Nothing was off limits. Gonzalez tackled everything from monstrous aquatic crabs to the snuff film industry. Every single novel written, in his all too short career, was an instant cult classic. Recommended Reading: Survivor.

To classify Brian Keene as a hardcore horror author is something of a misnomer. He has demonstrated that he has a broad range of stories to tell. Along with Robert Kirkman, Max Brooks, and others, Brian Keene is often credited with reinventing and revitalizing zombie horror in pop culture. Some have even hailed Keene as the next Stephen King. When Keene tackles hardcore horror, it is certainly worth notice. Recommended Reading: The Rising.

Jack Ketchum is a familiar name in horror. Often cited among the top ten horror writers of all time, much of his work is centered on reality instead of fantastical elements. Humans are the real monsters. Ketchum’s stories are surprisingly plausible and in some instances, based off actual historic events. Recommended Reading: Off Season.

Joe Lansdale has never embraced the splatterpunk moniker for his writing, preferring that readers come to his work without preconceived notions of a particular subgenre. However, much of his writing, especially those tales written in the late 1980s, could be considered splatterpunk. Lansdale does not pull his punches. His narratives hit hard. Yet, unlike many on this list, the focus of his rage has focused more on racial and religious bigotry than sexuality. Recommended Reading: On the Far Side of the Cadillac Desert with Dead Folks.

Richard Laymon was one of the greatest, if not the greatest, writer of the splatterpunk genre. Over the course of about 20 years, he published more than 50 short stories and 30 novels.  Like his contemporaries, Jack Ketchum and Edward Lee, Laymon pushed the boundaries of the horror genre by writing clear straight-forward passages of violence and sexual deviancy. These blood-laced narratives served to shock and disgust the reader. Recommended Reading: The Woods are Dark.

Many “extreme,” “hardcore,” and “splatterpunk” authors use sexual content in their stories to disturb the reader. Edward Lee is certainly among them. It is from Lee’s twisted mind that the idea of a “header” was born and from his narratives that the world has been educated as to the nature of a “southern douche.” Some of his books include more sexual content than horror. He has published over 40 novels, all of which stand out both for their absurdity and audacity to push past any form cultural decency. His writing has been described as nothing short of “sexually revolting” for good reason. Recommended Reading: The Bighead.

Perhaps most surprising to those unfamiliar with hardcore horror is the black comedy prevalent throughout many of the tales. With Monica J. O’Rourke, this humor isn’t always subtle. She wants to shock you through your own laughter at the terrible deeds she puts to paper. The true horror is the reader’s own inability to turn away at the evil before them. In the words of Wrath James White, O’Rourke is “one sick bitch.” No one is arguing with him. Recommended Reading: In the End, Only Darkness. 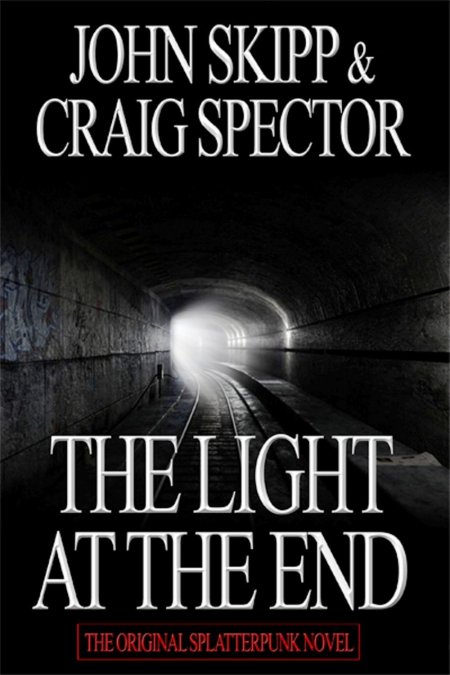 To many John Skipp is a living legend. He is often co-credited, along with Craig Spector, as the founder of the splatterpunk subgenre. He has inspired writers, directors, and just about everyone who works in the horror industry today. Skipp released a flurry of ultra-violent and overly-sexualized horror literature in the late 1980s and early 1990s. He has only started writing splatterpunk horror again recently.  Recommended Reading: The Light at the End.

Bryan Smith is really just beginning his career in hardcore horror. Yet, he has proven to be both highly versatile and prolific. Over the last several years, Smith has written dozens of stories on a variety of subjects. Serial killers, zombies, demons, and slavers in the sex trade industry are among the monsters lurking in his compelling narratives. However, as the author finds himself, he appears to be settling into a strange mix of splatterpunk and urban fantasy. Smith combines fantastical elements in a real world setting with copious amounts of gore and sex. Recommended Reading: Kayla and the Devil. 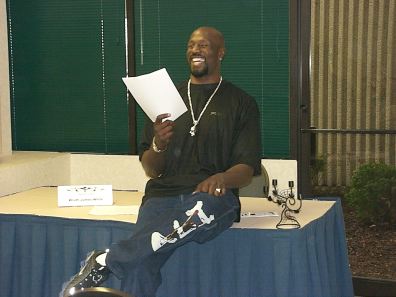