Keep your head down. Avoid eye contact. That’s how Galen tries to avoid his high school’s bullies. How can we feel sorry for Galen – he’s a prime target of the bullies, but he won’t stand up for himself. He’d rather lose himself in the fantasy books he reads every chance he gets. He wants to be like the heroine in his latest fantasy.  He knows that she would never let herself or anyone around her be picked on, but he just can’t find it in himself to stand up for what’s right.

We meet Galen on the last day of school, and, glorious reprieve, school is out for the summer.  No bullies for two whole months. The first day of summer, the first day of swimming in the ol’ swimmin’ hole with his little brother.  They see a yacht tied up at the dock where they swim. Galen doesn’t question what a big boat is doing tied up to their rickety dock in a muddy backwater in their rundown part of town. For him, it’s enough that a pretty lady in a breezy summer dress steps onto the dock and wants to talk to him. Then (could this day get any better) the lady invites the boys onto the boat.

Galen accepts, even though little brother Noah wants to go home. And so begins the descent into hell. Galen and his mother have done everything possible to save Noah from the ugly truth about their father.  Instead, by boarding the boat, Galen has plunged Noah into brutal reality.

Galen finds the strength and the cunning to rescue his brother.  But the monsters from the boat aren’t content to let them get away. Seeing that rescuing his brother isn’t enough, Galen must find the secret place within himself to find the focus and the calm that will allow him to exact revenge.

So, has Galen become the hero that he always dreamed of becoming? Or is his revenge based on guilt and selfishness? I’m afraid that Galen is like most of us, not reacting til it’s almost, or even, too late.

There are twists and turns in this book that I never saw coming. I’m sure that a lot of this book is based on the things that can and do happen to children in real life. It was a tough book to read.  But worth it.

So, who are the angels in the book – innocent Noah, the mother, Galen himself or all of them? You’ll have to read the book and decide for yourself. 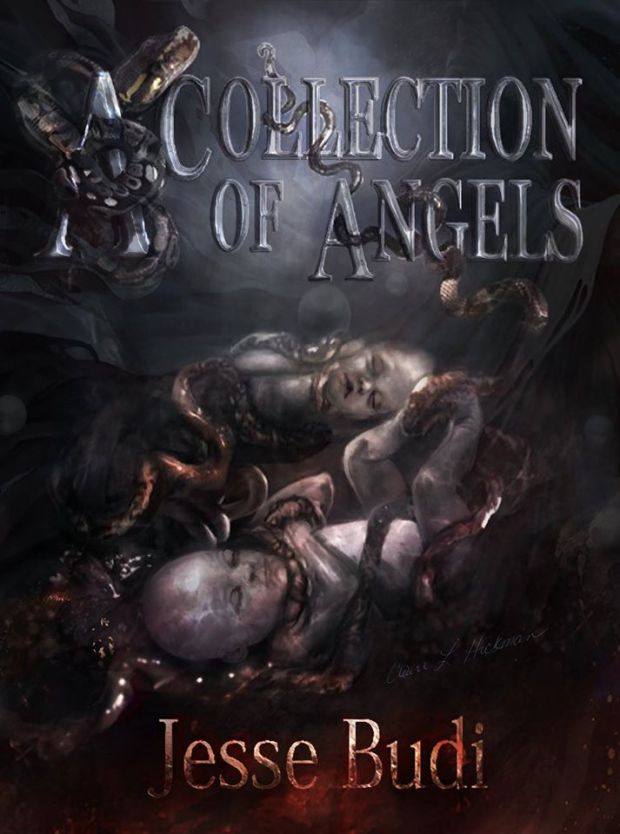 1 Comment on Jesse Budi ‘A Collection of Angels’ Review