Wesley Thomas has come up with a novel idea (yes, pun intended) he has put together a macabre collection of stories based on urban legends from the UK, the first of said Frightful Tales is Rose’s Thorn.

Emily and Declan met in the maternity ward where they were born 11 years ago, they’ve been the best of friends ever since.  Declan lives with a loving mother and an alcoholic father who struggles to make ends meet.  Emily’s family comes from wealth but somehow the opposite backgrounds have not made a difference in their friendship.  One Christmas Emily gifts Declan with a porcelain doll from her collection and that is he beginning of Declan’s woes.

They say the soul lives forever, but what happens when it lives inside a porcelain doll?   Declan has to hide the doll named Rose under his floorboards lest his father finds her and punishes Declan for playing with dolls.  At first when Rose starts appearing outside her hiding place, Declan is mystified.  After numerous attempts to keep her hidden, he becomes frightened.  He begins to have strange dreams and visions of unspeakable horror.  At last too terrified to continue on alone he confides in his mother, hoping to make sense of the madness. He just wants Rose to go away!

Wesley’s style is akin to the old English gothic novels, the descriptive prose lends an air of formality which works rather well here.  I really enjoyed this tale and look forward to reading more from the collection. 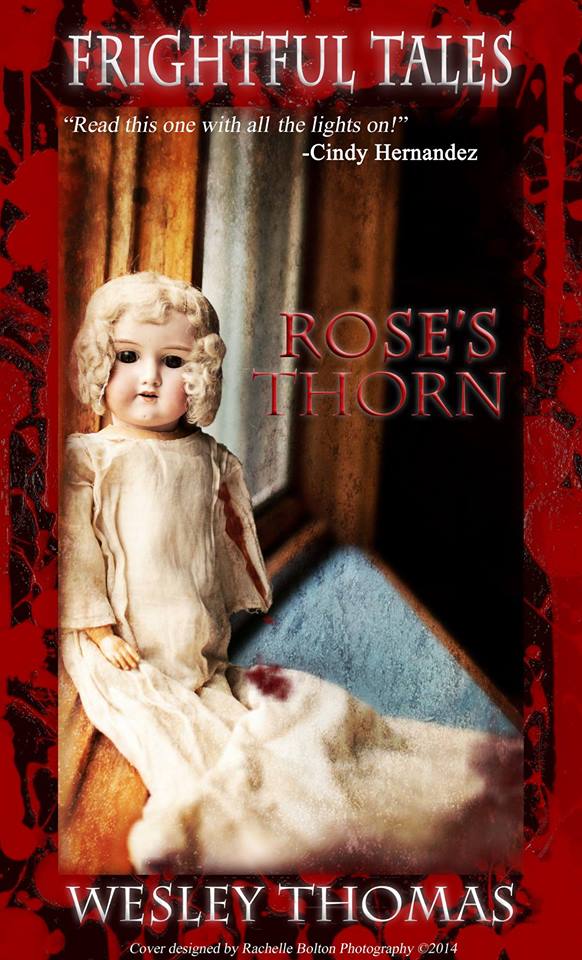