Do I really need to elaborate? My double shot of horror, Say No to Drugs is FREE on Amazon right now. So go pick it up!!

If you missed it, here’s the rundown:

A double feature told in the tradition of vintage drive-in tales, Say No to Drugs serves as a reminder that some clichés are worth paying heed. In The Pot, the first of two tales, terror turns green, while Blue – the double feature’s second tale – should encourage hard drug users to think twice before mixing fatal cocktails.
Ray Waltz just wanted to get high as he ushered dreaded high school years into a deep crevice designed to bury life’s strangest of moments; never to be revisited again. But Jimmy Hanniger, local weed-man with the strongest herb in town held different designs for Ray and his future.
If only Ray had just said no.
In Blue a confused young man must decipher the visual riddles surrounding him. Why are the walls a sudden and mesmerizing blue? Why is there a body sprawled across the floor. And just what is that forcing its way through an ocean of turmoil, bound for dry land; bound for murderous actions?
Find out in longtime entertainment journalist, Matt Molgaard’s debut double feature, crafted with the intent of pleasing those who favor the wacky, absurd grindhouse style of yesteryear. 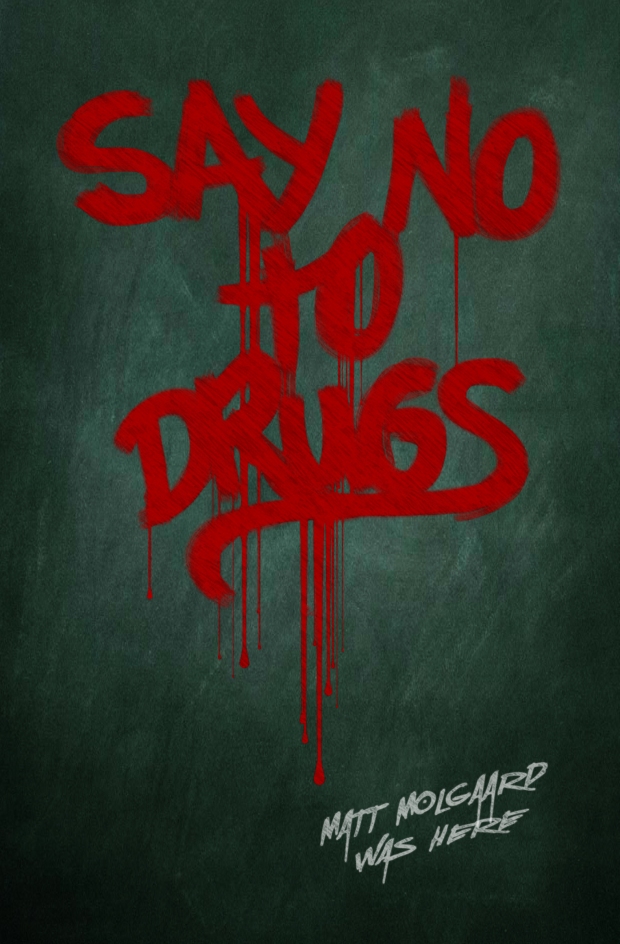