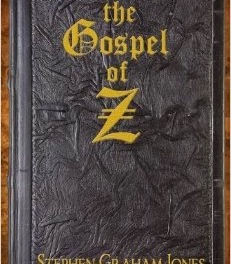 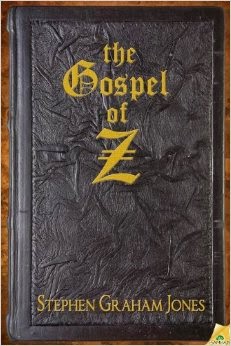 Stephen Graham Jones is an author with several well-received books under his belt, including Demon Theory. His writing style is experimental and edgy, often using a horror premise to examine something socially even more disheartening. Some have labeled it intellectual horror, while others have argued that the choppy and complex narratives are inaccessible. Jones’s writing is certainly not for the neophyte, requiring a level of nuance and attention similar to reading the works of late nineteenth and early twentieth century authors. The Gospel of Z is no different.

The Gospel of Z follows Jory Gray. It has been 10 years since zombies destroyed the world. Gray is a former biology teacher who is dealing with the loss of the one person who matters to him in his post apocalypse world: Linse. She has recently left Jory to join the church without providing a reason or a farewell. Gray cannot cope with her disappearance. As a consequence of his resulting behavior, he is forced into working for the military. This job is akin to a death sentence and Jory knows this. All Jory Gray wants to do is to get to the church and see Linse before his time is up, if for no other reason but to say good bye.

At the heart of the piece is the conflict between secular and religious authority. It examines the fanaticism within the clergy and the industrial military complex, as both vie for absolute control of the shattered world. Jory is caught in the crosshairs, nothing more than a pawn for one side or the other. As he becomes further and further entwined in their struggle, the truth of the apocalypse and Linse’s fate is revealed. It is a tale of conspiracy, misdirection, and half-truths.

While The Gospel of Z takes place in the zombie post-apocalypse, the undead are not the villains. They are more akin to chained animals or lab rats. Humans are the real monsters. It is a point that has been made before, but here it is not necessarily delivered in the way you would expect. The reader is kept in the dark until the very end with regards to just about everything.

The conclusion is satisfying (to a point), but getting there can be difficult. Jones’s style of writing in unapologetic. He neither over explains or over writes. Often an important turn of events is handled in a single sentence. Due to this it will be a difficult read if you are distracted easily.

The Gospel of Z is a new story by an established author. There is nothing here that will change your perspective of Jones. If you loved his previous work, this is more of the same. Never read a Stephen Graham Jones novel? Check out what the fuss is about and decide for yourself.