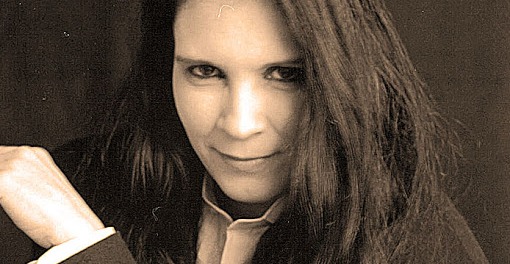 For those not in the know, Scarlet Norton-Duperre is a best-selling author with a flair for the diabolical. Her Diabolic Tales books function as fantastic introductory pieces, and for the record, they’re really quite magnetic. This is an author worth familiarizing yourself with, and we hope this piece helps to make that happen.

HNR’s interview maestro, John Wisniewski scored a nice one-on-one with Scarlet, and you’d be wise to check it out!

John Wisniewski: When and where did you publish your first short story, Scarlet-was it of the horror genre?

Scarlet Norton-Duperre: My first short story was published in 1973 I was 13. There was a small magazine being published by a guy in his basement. It was circulated at local colleges and high schools in Denver. It was 10 or 11 pages, newspaper style and sold for 25¢, titled, The Teenage Terrors. I think it sold about 100 copies, there were three issues, and then it went the way of the dinosaur. I didn’t make a single penny off of it but I was always proud of the accomplishment.

The story was horror, psychological, about a young girl that was dying from some horrible illness brought on by the bite of a shadow cast across her one day when she was walking home from school. It wasn’t vampire horror but very close to it. The story was ripe with teenage angst and a lot of blood but in the end, it was all in her mind.

JW: Why do you enjoy writing horror stories?

SND: Horror is the hardest genre to write in my opinion. As a horror writer you have to create something from nothing, no rules like in Sci-fi, no science, there’s no evidence, ballistics or fingerprints to follow. All you have is your imagination, your words. That to me is hard, to create a good story you have to reach down deep inside yourself and pull out your own fears, your nightmares, even your own experiences in life. Anyone can write blood and guts, but real horror goes beyond the expected and into the writer’s secrets. I love the idea of taking someone’s fears in life and using those fears to give them nightmares. The monster under the bed that doesn’t exist, the sound in the night that paralyzes you in your bed and leaves you afraid to move or breathe. The stuff real fear is made of is far more interesting and entertaining to me. If something I write causes someone to stop for even a second and wonder, make them slightly uneasy, force them to look over their shoulder, even though they know there is nothing there, that to me is happiness, and ultimately that is why I write horror, it makes me happy.

JW: Should we expect a novel from you?

SND: I am currently working on a book series unlike anything I have ever written and I am very proud of how it is going and where it will end up. It is definitely taking on a feel I had not anticipated, and taking longer than I thought it would but it is worth it. I have never written a book that is as detailed or story drive as this series. It has been an unexpected and delightful experience so far. It is a fascinating story and not the run of the mill horror story. I hope that my editor agrees, and eventually a publisher.

SND: I think the same things frighten most people. We all have fears, phobias, reoccurring nightmares. When a writer touches on those fears, readers become entranced by the need to keep reading because they are always hoping for a happy conclusion. I think readers want to be frightened by those things that they hide, that they wish were true, and when they realize that they are reading a story or a book that they can relate to, that is what frightens them the most. It isn’t blood, torture, or even death that scares people, it’s their own thoughts, desires and fantasies that they find in the pages of a book or story that lays bare everything they think or fantasize about being, doing or having done to them.

JW: Could you tell us about The Nightmare Stalkers and Dreamwalkers Collection of short horror stories?

SND: It’s a great read, with talented writers, and stories that run the gambit from classic monster horror to futuristic horror. The book contains some very intriguing ideas, like Dialogues with the Dead, and Whispers. A couple of the stories creped me out a bit and that isn’t easy to do. The publisher and editors put together a great group of writers that provided them with a wonderful assortment of styles and subjects. The entire book works well as a whole and I hear part 2 is shaping up to be as good. 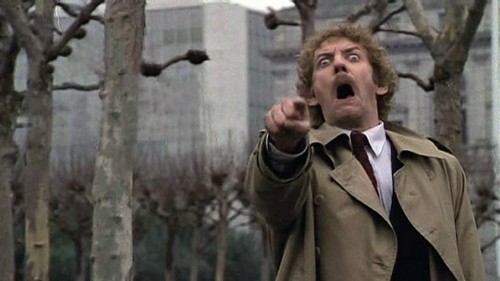 SND: I love the classics, Dracula, The Wolfman, The Fly; Night of the Living Dead, Nightmare on Elm Street, The Shinning with Jack Nicholson, Jaws, Carrie,and Invasion of the Body Snatchers with Donald Sutherland has to be one of the most terrifying films of all time. I also enjoy some of the more modern films, Dressed to Kill, Inland Empire, Hellraiser, and The Blair Witch Project. I just have far too many films I enjoy to really pick a single one as my favorite over all.

JW: How do you build suspense when writing?

SND: You have to tell the reader enough to make them like the characters, make them want the character to win. I like to give enough background to make the reader curious and then enough action or suggestion to keep them intrigued. I try to make certain that the characters are put into situations that are dangerous or hopeless. The reader wants to know what happens to the characters, wants to see if they will win or lose, how they will react to a situation they can’t explain or understand. You have to make promises to your reader and you have to keep them. If you say someone will die a horrible painful death, then the character has to die a horrible painful death. You have to give them something to look forward to, a reason to keep reading.

SND: Funny you should ask. I am always working on screenplays or producing them, or occasionally acting in them. My husband and I are part of a screenwriting team, we do a little of everything but mainly horror and mystery, he volunteers us for a few Sci-fi projects as well. I also work with my son and his production team to make short films. They are always horror films, the last one was invited to the Portland Film Festival a month or so ago. Currently, I am working on a screenplay for a feature film with an old friend to adapt one of his books from a series. It is interesting but difficult to break down a 500-page book into 120 minutes.

JW: Could you tell us about upcoming projects?

SND: I am working on several short stories due out at the end of this year, and a few coming out next year as well, and a new poetry collection. I am also midway between the second book in the trilogy I am writing. I am also collaborating with another author on a mystery book, a real who-done-it in the vein of Agatha Christie and Sir Arthur Conan Doyle.

Keep yourself in the loop by following Scarlet’s website.