What makes a monster truly frightening? Obviously the ability to kill is one thing, but the monsters on this list go way beyond that. They have attitude, they have unimaginable powers, they sometimes violate the very laws of nature. They are evil beyond our comprehension, and they have no remorse. In fact, they seem to like it. Behold, the top ten scariest monsters in the history of fiction. 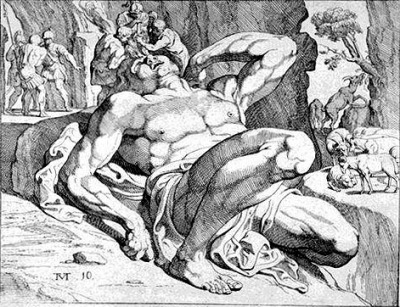 Polyphemos – (Greek Mythology) Polyphemos was a cyclops from Greek mythology. They were a race of violent, brutish one-eyed giants who crushed massive ships with their bare hands and ate grown men like they were snack foods. Polyphemos, a particularly large and fearsome cyclops, captured Odysseus and his men in a cave and ate dozens of the men. Luckily, the heroic Odysseus stabbed the giant in the eye with a burning spear, putting out its eye. He and his remaining men managed to escape with their lives, but just barely. 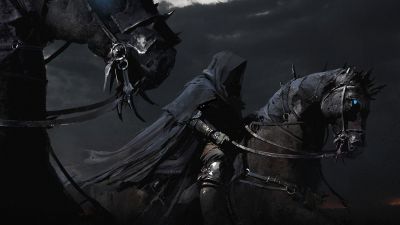 Nazgul – (Lord of The Rings) The dreaded Ringwraiths scared the bejeezus out of me when I was a kid. They were mortal men who had become evil, dark creatures. They were invisible, only their dark cloaks giving away their presence in our world. They rode black, ethereal horses, passing easily back and forth from our world to the world of shadows. The Ringwraiths, or Black Riders, were slaves to the dark lord Sauron and followed his evil plan without question. Their powers were such that just being too near them could cause unconsciousness, nightmares, and even death from a sickness called  “the black breath”. 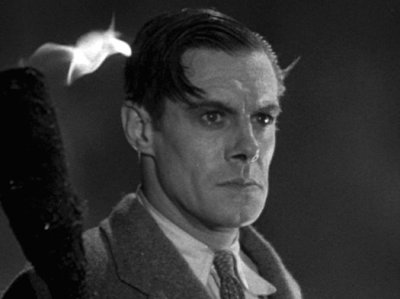 Victor Frankenstein – (Frankenstein) Yes, Victor was the mad scientist, not the actual monster, but isn’t he really the scary one? He was the evil genius who finally unlocked the secret of eternal life, then used it to animate an eight foot tall monster made from sewn together corpses. Yeah, I think Victor was the bad guy. After all, the monster was wakened from the dead, chased by villagers, and treated like a grotesque beast. His bad behavior was understandable. Later the ‘monster’ learned to read and even to get along with others. But Victor Frankenstein, the madman who played God, the man who created the monster and unleashed it on the world, he was the real scary one. 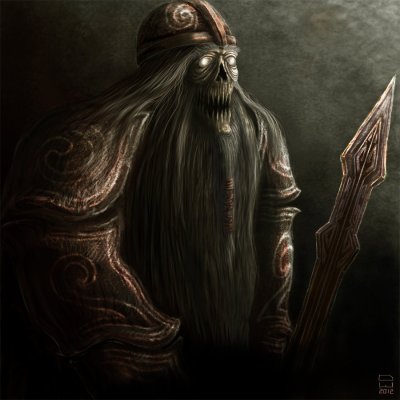 Draugr – (Norwegian and Icelandic Myths) The draugr were a very frightening combination of ghost, zombie and vampire. They were malicious undead creatures who lived on after death in their bloated, blackened human bodies. They had supernatural strength and grew to huge proportions. They also retained some intelligence and memory of their past lives. Even in death they protected the treasures of their past lives, took revenge on their enemies, and wreaked havoc on the living. They could kill by crushing humans with their great strength, by devouring them, or by draining their blood. In Iceland’s Grettir’s Saga, one such unholy beast gets on an enemy’s roof every night and stomps on it hard enough to crack the heavy beams. Such nightly hauntings often drove men crazy and they eventually died from fear and hopelessness. Draugr also had supernatural powers and many were immune to ordinary weapons. Only a very brave (and extremely strong) hero could wrestle one back into its grave and subdue it. 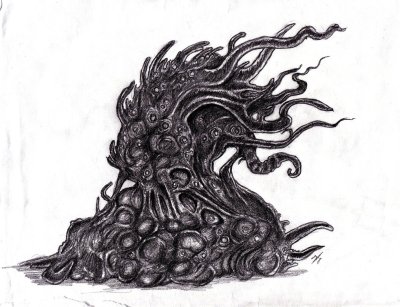 Shoggoth – (H.P. Lovecraft) “It was a terrible, indescribable thing vaster than any subway train—a shapeless congeries of protoplasmic bubbles, faintly self-luminous, and with myriads of temporary eyes forming and un-forming as pustules of greenish light all over the tunnel-filling front that bore down upon us, crushing the frantic penguins and slithering over the glistening floor that it and its kind had swept so evilly free of all litter.”

This is how Lovecraft described the Shoggoth. The creatures were huge, able to change size and shape, to form limbs and organs as needed. They were slimy, unfathomable alien things so strange, so beyond human comprehension that the mere thought of them drove people insane.

Santa Clause – Yep, I said it. Santa Clause. He wasn’t always the jolly nice guy who brings toys. In early German mythology, long before Christianity, Santa was a fearsome deity named Nacht Rupert (“Night Devil”) who roamed the remote countryside covered in straw, wearing antlers, and adorned with bells. He led a small army of vicious little bloodsuckers called the tomtin. Nacht Rupert would show up in various villages with his little vampires and could be seen peering into people’s windows. It was said that if people kept to the old traditions and respected Nacht Rupert, he would bring them small gifts. If not, he and his minions might attack them. For years, folk tales about Nacht Rupert abounded and he was feared and respected.

When Christianity came to the area, church officials were appalled at the stories of this evil devil preying on the people. They couldn’t have that. So, they created tales that replaced Nacht Rupert with a saint, Saint Nicholas. But old legends die hard and it was not easy to replace them. It took years for the evil Nacht Rupert to become jolly Saint Nick. In the meantime, Saint Nick was known as Buller Clause, or belled clause, because of the chains and bells he wore. Buller Clause and his tomtin, all dressed in blood red outfits, would show up at people’s houses and rouse sleeping children from their beds. They would ask the children questions on the Christian catechism. If their answers were wrong, the tomtin beat them with sharp sticks and chains while Saint Nicholas pelted them with lumps of coal until they bled, then the tomtin would lap up the blood. (Their red suits hid the mess). If the children answered correctly, they were given small treats. Luckily, St. Nicholas only came one day a year, in winter.

The legend of Buller Clause eventually became Santa Clause. Bad kids were given lumps of coal, not beaten with them. The bloodthirsty little tomtin eventually became happy elves who built toys, “Santa’s Little Helpers”. As the story changed, fat, jolly Santa wore the red suit, not the tomtin. Saint Nick still came once a year, in his sleigh covered with bells, but now he brought toys and treats instead of fear and beatings.

Next Christmas remember that, before his marketing makeover, Santa was once one of the scariest monsters around. 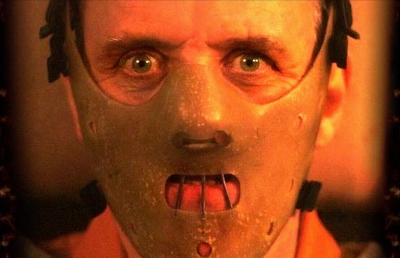 Hannibal Lecter – (Silence of The Lambs) Okay, here’s the only monster on the list that’s actually human, but if this guy doesn’t qualify as a monster, no one does. He’s a calm, conniving man who kills without hesitation and eats his victims. He knows he’s evil and he thinks it’s sort of amusing. A cannibal without remorse. That’s all frightening enough, but the fact that he appears to be an ordinary, intelligent person is really creepy. Hannibal Lecter taught us that monsters don’t have to look frightening or weird; the scariest monster might be our next door neighbor or the guy in line at the drug store. 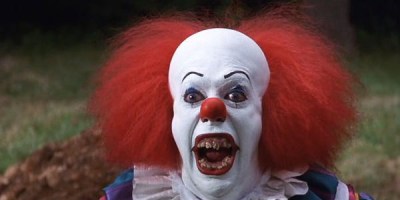 Pennywise the Clown/It – (Stephen King’s It) Let’s face it, clowns are creepy and Pennywise was the ultimate embodiment of that. Though he was just one form taken by the story’s monster, “It”, he was the most memorable and most frightening. He could shape change into anything from a werewolf to a mummy. It was a supernatural force, the living, breathing visage of whatever people feared and hated. He taunted people, freaked them out, played with their heads. He could make people see their worst fears, driving them mad or making them kill themselves. The devious, clever clown knew how to manipulate people, how to toy with their emotions, their fears. He could draw people in or blast them with indescribable horrors. Worse yet, he mostly went after children. He could kill, yes, but before they died he made sure his victims were utterly horrified. To that clown, that was pretty funny. 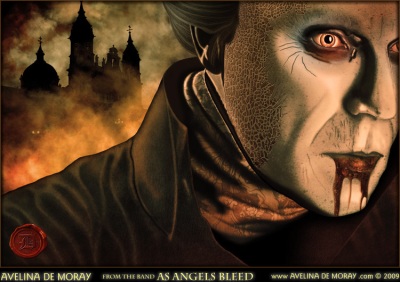 Dracula – (Dracula) What can you say about Dracula. He was and still is the ultimate vampire. Though hundreds of writers have tried to create vampires as scary, no one has ever done it. Dracula was the first, the best, and all the others are only pale imitations. Dracula was a frightening monster who killed his victims and drank their blood. He also could take people over, make them obey him, rule their souls. His power was limitless. He was physically more powerful than ten men and couldn’t be killed by normal means. He could become a wolf or fly in the night as a bat, a true supernatural beast, but Dracula’s powers went beyond even that. In person he was charming, suave even. He could seduce you with his power and before you knew it, your soul was lost. The fact that he may have been based on an actual person, a mad mass murderer who impaled  victims for his dinnertime amusement, that’s just icing on the very scary cake. 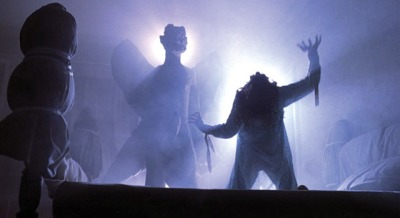 Pazuzu – (The Exorcist) In the prologue of the Exorcist, archaeologists uncover the statue of the Babylonian demon Pazuzu. Later, a twelve year old girl is possessed. Hello, Pazuzu.

In his ultimate form, Pazuzu has the body of a man, the head of a dog or lion, wings, claws, and a scorpion’s tale. In the book, though, Pazuzu is plenty fearsome in the body of little Linda Blair. Pazuzu is an evil, foul-mouthed entity that’s not afraid to kill little girls, priests, or anyone else. Like most of the monsters on our list, Pazuzu shows its power and arrogance by taunting its victims, spreading fear and horror in their minds, making them doubt everything. Pazuzu is totally in control. He doesn’t just kill, he destroys people from the inside out before taking them out. This entity is the ultimate evil, not even afraid of men who have the power of the church behind them.

This ancient demon tops our list because of the depth of its evil, its power,  and the fact that it can’t even be killed, only exorcised. Pazuzu is still out there, somewhere….

6 Comments on Fiction’s 10 Most Frightening Monsters