These books are really sneaky – somehow they’ve evaded classification as horror books so they may have slipped under our radar. Nonetheless, they still bust out the icky good times just as well as our venerable old genre standbys.

This is Ellis’ masterpiece. It is a novel about a character who is almost exactly Ellis himself down to the same name who finds himself slowly swallowed by his own demons coming in the form of characters from his books. Patrick Bateman returns!

Immediately there is a child abduction that plays out horrifically for one of the main characters. If that isn’t horror enough, there’s a brutal murder and along with it, the moody, plotting silence of the close knit neighborhood surrounding the crime as it pulls in on itself and slowly implodes.

Disaffected employees of a British bottle factory are reluctantly coaxed out for a day of merriment that starts out strange and becomes even stranger as a shocking event occurs that leaves the factory boss morbidly determined to finish the outing no matter what.

The hustle and bustle of city life and the nuisance of noisy neighbors is something we can all relate to, but for Scottish writer Davis; noise is a madness inducing cause for murder. After reading this you will go next door and kiss your neighbors – guaranteed.

6. Child of God by Cormac McCarthy

While most of McCarthy’s books are dark and brooding, this one packs an extra punch. This tale of a necrophilic pariah in a small rural community is dark, depressing and downright chilling. 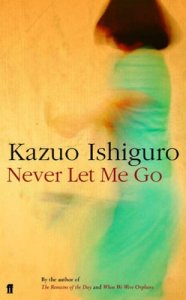 This novel is poised to be thoughtful and poignant rather than outright horrific but when the facts of the book are examined, they are thoroughly gruesome. Children are raised to farm their organs out one by one until it kills them and they never question it. The clinical coldness with which this is treated makes this one of the creepier books in recent history.

4. The Chocolate War by Robert Cormier

In some ways it could be said that any book chronicling the cruelty of school bullying deserves a spot in the horror cabal but this one stands out for  the sheer efficiency and diabolical craftiness of  “the vigils” – a group of students who covertly run their school through assignments given and punishments meted out.

A book about an African lullaby that kills whomever it is recited to and the group of people racing to destroy all evidence of it. Enough said, I wager.

2. The House Next Door by Anne Rivers Siddons

A beautiful Southern gothic book in its own right with the added bonus of having a malignant house in its midst with a vendetta against anyone who tries to live in it or disturb its murderous agenda.

1. The Sluts by Dennis Cooper

Pick any Dennis Cooper book and I guarantee you it belongs in horror fiction – I don’t know why the horror world isn’t over the moon about this guy. His world of super sadistic sexual violence is depraved and cruel and lacking any moral compass. This book in particular is about a group of Johns looking for a certain male prostitute who is gaining fame on a website where men go to cruise and share experiences. All sorts of bloody, nasty things ensue. Cooper is a marvel in that I have never experienced an author so adept at reducing a human life to an absolute pile of worthlessness.