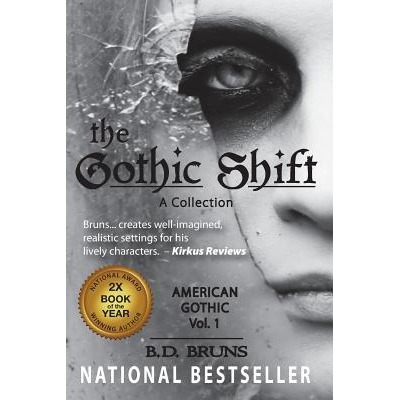 Lately I have been able to read some outstanding stories and this collection offers no exception. Sometimes I read the words ‘Gothic tales’ and I wonder how I am going to end up feeling when I am done traveling through them. I might be putting myself in the hot seat when I say this, but I am going to anyway. Apparently a good number of writers and readers have a different idea of what Gothic means today and as a result I have found it to have become blurred in its definition. Lovecraft and Poe come to mind quickly for a good number of people, but by today’s standards it has shifted.

First let’s examine ‘The Swamp Hive.’ It takes place during the Civil War and while this tale deals with the misery and squalor of war it focuses on one special character named Frank. Frank’s a somewhat slow witted man who is the cook for the soldiers. He’s kind and has a deep admiration for one Jimmy Gambier. Frank is willing to do anything to keep their friendship alive, and his ability to do so is about to be tested. This story deals with cannibalism and the brutality of war infused with a supernatural twist that I found just about perfect.

‘Wax and Wayne’ is a devilish tale with supernatural events traversing its pages. The story homes in on Lisa, a young lady struggling along working as a waitress. She is the quintessential beautiful girl next door; the type so many men want to get to know. Working alongside her is Wayne, not so easily liked, other than perhaps by himself. Toss in an extremely odd man, Mr. Arno who is also known as ‘The Shrimp Man’, and you have a strange combination of characters. I won’t give you too much in terms of plot detail, but I will say this: after reading this story you make think twice before eating shrimp.

The last stories are, ‘The Ghost of Naked Molly’, which involves slavery, The Louisiana Purchase and yes, a naked ghost; lastly we have ‘Blue Caribou’. This one involves a ship that has run aground on an iceberg. Being stranded with little or no help in sight brings about interesting interactions, madness and an unsettling conclusion.

I found this book to be an extreme delight. Each story is so well written that the collection had my interest from the first page, as Mr. Bruns builds each piece with subtle tension rather than in your face horror. But do not misunderstand that statement, the horror is there and very real. You won’t find intense gore in these tales but you will find pleasure in what you read. Do yourself a favor and pick this one up.