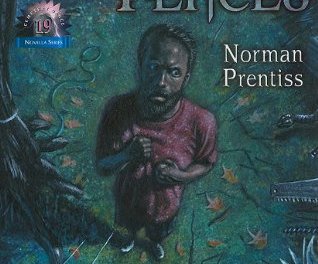 Although this novella was published by Cemetery Dance, it reads more like contemporary or literary fiction than horror, at least until the last 20 pages or so. That said, the preceding pages are absolutely vital in setting up the conclusion.

The first half of the story looks at the childhoods of siblings Nathan and Pam. It’s set in a small town in the early ’70s, and it’s kind of a coming of age story, heavy on foreshadowing. In parts it brings to mind Stephen King’s classic The Body. The kids are alone much of the time, their parents absent for one reason or another, whether physically or mentally, because of a certain traumatic event. Like The Body, it’s an honest portrayal of childhood (Nathan is 6 at the outset, and Pam is 9). Sometimes there’s a sense of wonder, sometimes things are cruel and unfair. Mostly it’s all character development, and it peaks with a walk through the woods that’s simple on the surface, but loaded with tension and subtext.

Cut to the second part and Nathan and Pam are adults, coming to terms with the past and going through the particular trials that adulthood brings. There’s an overwhelming surge of nostalgia here, darkened by the little tragedies inherent in everyday life. At some points it’s hard to keep reading because you care so much for the characters. By the climax it’s apparent why Prentiss wrote this story the way he did. All the pieces fit together perfectly. As simple as it might seem at first, there’s a lot going on here, especially between the lines.

When it comes down to it, the whole thing is about, as the title suggests, the invisible fences we construct to protect ourselves from pain, whether it’s physical or from memories we don’t have the strength to carry. It’s hard to go into more detail than that without giving too much away.

Rest assured, though, that this is a finely crafted and haunting story. The thing is, even fans of quiet horror might find themselves giving up on it before the payoff. It’s horror of the most subtle variety, and that horror only makes itself clear in the final quarter. I urge you to pick it up, though, and stick with it. It’s very well-written and ingeniously structured, with a large dose of literary sleight of hand (the ending is the kind that makes you want to start again right away, to see all the details in a new light). Invisible Fences is well worth a purchase.