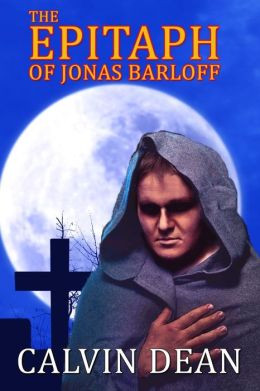 From the Back:   Popular high school senior, Daniel Townsend, is dead – victim of a suspicious car crash. Classmates Marc and Angela begin to investigate. A chance discovery pinpoints Daniel at a crumbling antebellum mansion – the old Jonas Barloff estate. The house looks uninhabitable. Haunted. Evil. While inspecting the Barloff family cemetery, Marc notices a towering grave marker with a perplexing inscription. What does the epitaph mean, and who is the old man claiming to be Jonas Barloff? To solve the mystery, Marc and Angela must comb through a phantom infested antebellum mansion. Witness a sordid grave exhumation. Attend a wicked, hair-raising séance. And learn the true identity of Jonas Barloff. Will any of these pieces of the puzzle help them lay the mystery of Daniel’s death to rest once and for all? Oh, no! Not hardly! Not until they come face-to-face with an evil no one could possibly imagine. Even if they live to tell the story, no one will believe them. Not in a million years.

Read to find out how this freshman entry into fiction stacks up!

The Epitaph of Jonas Barloff is the freshmen entry from Calvin Dean. It’s a horror story that settles nicely into the Young Adult genre, heavy on mood and creepy locals rather than gore.

Central to the story is the small town of Sycamore Grove, and its inhabitants. Everyone seems to know everyone, and they all take pride in each other. Daniel Townsend especially because he hit the winning shot at a state championship basketball game. With great success there always seems to come a great tragedy as shortly after they find out his father has inoperable lung cancer.

With this news, Daniel does everything he can to prevent his fathers’ death. This includes striking an unsavory deal. The likes of which won’t be revealed until later in the book. The cost? His life.

The book shines starting here. It has creepy cemeteries, abandon mansions, and a couple of Daniel’s friends investigating what really happened. Angela, Daniel’s girlfriend, and Marc, his best friend, dig deep into the history and legend of their little town, Sycamore Grove to uncover a disturbing pattern that has been happening for over 100 years.

It all comes to life through the great use of dialogue to push things forward. You get the feeling that while Marc and Angela are from two different walks of life, that there is some sort of romantic tension that may be there, but is never explored, leading the reader to their own devices on how it could have ended up.  In my opinion, this was a very wise choice.  The back and forth, tit for tat type of conversations are typical of any teenager and through this you see them grow closer and closer, but never go over the edge.

With any horror book you expect a certain amount of confusion, and even with a YA book that is no exception. You will be transported at times between the now, and to the Civil War, reliving certain things pertaining to Jonas Barloff, and trying to figure out what is going on, right along with Angela and Marc. That’s not to say it wasn’t done properly or that it was hard to read, it was done very well. He gives you just enough along the way to keep you interested and turning the pages.

Probably the best part of this book were the descriptions of the locations, and the mood he is able to set with his use of incredible imagery makes the pages meld into your eyes. Not many authors can really do this on a YA level and keep the creepy factor in-tact, job well done.

Bottom Line: I really can’t believe that this book is Calvin Dean’s first entry into fiction. It’s well written with almost zero typos or grammatical errors, it’s formatted well, the typeset used makes the reading easy on the eyes and the cover isn’t the worst I’ve seen. That all means something to the reader. When you couple the technical aspects with a story that is obviously thought out, has likeable characters, and an intriguing mystery combing the past and present, you have a recipe for success on a larger scale that what he’s seeing now. I don’t think that it will keep any adult up at night, but for his target audience, it’s about as close to perfect as you can come.