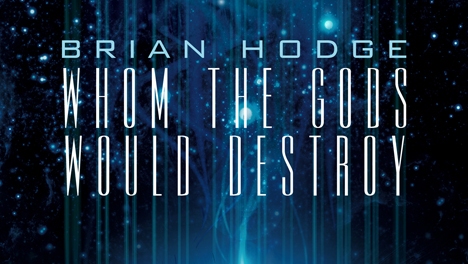 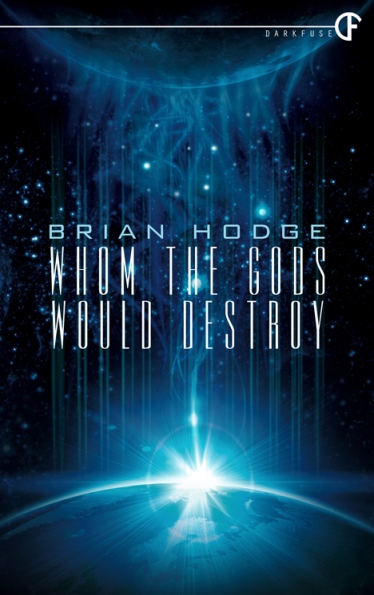 Horror comes in many flavors. As both a writer and an avid reader/fan, I try to study the marketplace and see what might feel fresh or different, what hasn’t been overplayed. One area of particular interest lately has been science fiction horror. At first glance, the two genres seem diametrically opposed (science versus superstition) but the right combination can produce some chilling results (Alien comes to mind).

The novella Whom The God Would Destroy (great title) walks that fine line and delivers some impressive results. This is my first experience of Brian Hodge but definitely not my last. The story felt like someone crossed the movies Dark Skies with Mama dashed off with a hint of The Astronaut’s Wife and actually turned all those elements into a gripping genre hybrid. I can see Hollywood optioning this take in a heartbeat if they haven’t done so already. A story about space cults and deep scars that a childhood under the thumb of an unloving parent can produce.

Literary and highly atmospheric, the story is a slow burn but amply rewards the reader with its chilling denouement.

The novella tells the story of a young man who is fascinated with the stars and bears the scars of a traumatic childhood. Raised by an unloving mother who lavished all her attention on his stepbrother, our lead has some deep-seated issues to work through. All his life he has labored toward differentiating himself from his loser parents and embracing a life of responsibility and discipline. But the past catches up with him when his brother reappears in his life. Soon he comes to realize that the secrets his mother carried with her might’ve been of an otherworldly nature and a chilling new reality opens up to him.

Whom The Gods Would Destroys feels like classic 70s horror. Grounded, realistic at first, it paints the picture of a Lovecraftian universe populated by an alien intelligence that regards humanity with cold indifference. It’s a reality where the vast darkness beyond the stars is infinitely removed from the human experience and mankind amounts to a colony of pesky insects unworthy of attention. The novella mines existential terror, our fear of our own insignificance, while not skimping on the shock moments and twists. This is a space chiller that gets under your DNA, imbues the stars with horrific potential and makes the reader question humanity’s place in the cosmos.  Great stuff!

Order this one right here.

William Massa is a screenwriter, novelist and script consultant.  His two books GARGOYLE KNIGHT and FEAR THE LIGHT: WHO MURDERED DRACULA? are exclusively available on Amazon.  Follow William on Twitter and Facebook.

5 Comments on Brian Hodge ‘Whom the Gods Would Destroy’ Review