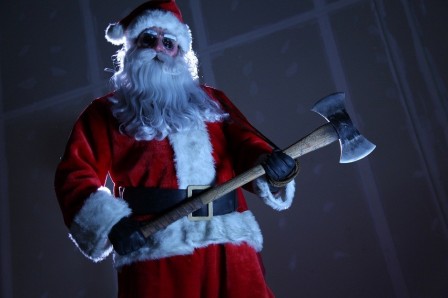 I was sitting outside the other day watching the city get buried by an onslaught of snow and ice, and started to recall some of the winter horror movies I’d seen over the years. This was a fun list to come up with, and that’s all I’m aiming for here: fun. I left out a lot of better-known and, yes, more well-regarded fare, in favor of just highlighting my personal favorites. These aren’t listed in any particular order, either, except for the last one. Okay, enough preamble. Let’s get to it.

An overlooked little gem with a creepy Twilight Zone vibe and some genuinely funny moments. Set on Christmas Eve, it’s about a family driving to visit relatives, on a road that they really should not have taken.

Snowman sex, that’s all I’m gonna say. Just watch the damned thing, and for the love of all things holy do not mix it up with that Michael Keaton monstrosity of the same name. This is by no means family-friendly (unless you’ve got a really fucked up family). Utterly ridiculous in the best way.

Speaking of fucked up families, check this one out. It’s not a horror movie so much as a delightfully twisted black comedy. Dead step-parents, step-siblings trying to figure out what to do with the bodies.

An actual legitimately family-friendly one, but what can I say? Who doesn’t like Gremlins? A favorite of mine since childhood, brought to us by the inimitable Joe Dante. One of the movies that helped warp my mind into what it is today.

Until watching this, I never realized snowmobiles were such versatile machines. Nazi zombies, need I say more? This one’s just a lot of fun, with some hilarious and creative death scenes throughout. I like that one of the main characters is a hardcore horror fan, too.

An understated supernatural tale that takes place mainly within the confines of a broken down car and the area surrounding it. Chilling in more ways than one. Only two actors but they carry it well. The cinematography is gorgeous, too.

You’ll need a strong stomach for this one. Not a slasher movie per se, but by the end of the movie, there’s not much but red on the palette. If you don’t know the gist, I won’t spoil it. Go watch it, then thank me or yell at me. Just don’t watch it if you’re pregnant.

A fun little Canadian b-movie that’s sort of an amalgamation of Species and a teen comedy. Doesn’t take itself seriously at all, and there’s a sort of earnest humor and dopey charm about it that just brings a smile to my face every time I watch it.

Yeah, there was a lot of debate on the horror scene when this one dropped. Horror or not? I say who gives a shit… If you’re afraid of heights (or being stranded, or freezing to death, or wolves for that matter), this one’s a real kick in the gut.

Blood, boobs and beach parties. I caught this one in the theater (in glorious 3D, no less) and enjoyed the hell out of it. I mean come on, the filmmakers knew exactly what they were doing. It’s a big, bouncy, limb-rending good time. Also: severed penis. Sure to warm your cold heart and soul after taking in all the other movies here.

4 Comments on The Top 9 Winter (Christmas) Horror Movies… Plus One Spring Offering!