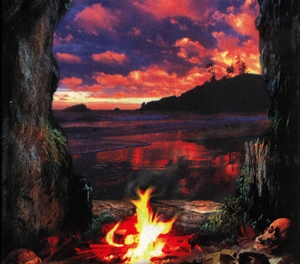 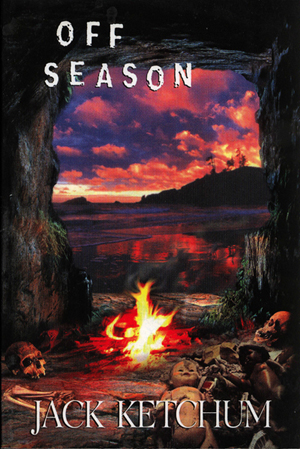 “They watched the owl return to its tree with the frog and begin to tear it apart.”

Though originally published in 1981, it’s startling that even today this is a work that possesses more of a literary kick to the head and gut than much of the horror genre’s output today. It’s a realization that’s both startling…and depressing. It’s awful and depressing in that very little compares to it in the last thirty-three years since it was published. It’s been more than ten years since this reviewer last picked this novel up -and done so so as to contribute to the Appreciation Day organized by Matt Molgaard for Horror Novel Reviews, but it’s been a more than worthwhile reading exercise re-visiting this gloriously notorious little gem.

Beginning with a fast-paced nightmarish opening involving an unwary traveller and her strange assailants and quickly moving to a cabin-in-the-woods type setting that even readers who aren’t overly familiar with the horror genre will recognize, the author judiciously sets up his premise, one that today, has been perhaps run into the ground. Here we have six people – out-of-towners, all thirty-somethings – staying in an seemingly idyllic, almost pastoral, setting and finding themselves up against an animal-like antagonist- several of them actually.

Ketchum’s use of diction is an engagingly pared down affair that perhaps owes much to the clipped economic verve of authors like Jim Thompson and Elmore Leonard and as such has very little storytelling ‘fat’; a lean tale of terror, this is a book that has a pure intent and is admirably entirely unapologetic for it. Where Ketchum arguably stumbles is in the area of his female characters who seem at times to be constantly either concerned about their appearance or their sex lives, dipping dangerously close into a cheap soap-opera type dynamic. There’s also an odd section in the text where a decidedly under-developed character in the group suddenly sprouts leadership tendencies and many of the male proponents are barely sketched out here.

This remains to this day a disturbing work- some of the set-pieces are unnervingly horrific and hard to stomach and the overall set-up, though it may have been done to death now, still has the power to terrify. Part ‘Texas Chainsaw Massacre/ The Hill Have Eyes’ crossed with James Dickey’s Deliverance it’s testament to Ketchum’s considerable talent that even today, after all the washed out imitations this thing still has the power to make the reader squirm and apprehensively turn the pages.

It’s understandable, with the benefit of hindsight, to see why someone like Jack Ketchum has never been wholly embraced by the mainstream unlike other ‘horror’ authors who’ve had the good fortune to float around on best-seller lists for the last twenty years or so. Many of those authors, who it could be argued, have enjoyed the spoils of taking the basic tenets of some Ketchum’s approach to the genre and awkwardly appropriating those ideas into appallingly easily digestible, watered-down tales with mass appeal – entirely missing the point- consequently lacking the enervating visceral punch of this authors best work. It’s a shame that the bulk of horror fiction’s output these days appears to be a distressing case of the bland leading the bland, pumping out so-called ‘horror’ fiction in the same safe and inoffensive way Hollywood delivers genre movies today – largely homogenised dreck touted as supposedly ‘daring’ or ‘shocking’. This reviewer has read many obvious ersatz re-interpretations of this writer’s work over the years by other lesser talents who aren’t capable of displaying one tenth of the verve or the talent of a writer like Jack Ketchum when he’s on a story-telling roll. Put simply, they don’t have the balls Ketchum does.