Mr Nevill appears to suffer from a condition known as Far Too Much Talent. He’s not just good, he’s brilliant. Which is why, this year, he won the British Fantasy Society’s Best Horror Novel Award (the August Derleth Award) 2013 for Last Days.

I’m currently hiding behind my bed covers as I read his newest release, House of Small Shadows. This is due out in the US and Canada in July 2014, with this nicely eerie cover: 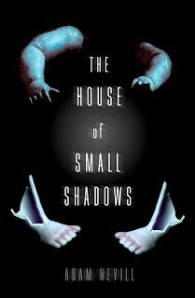 I’ve always maintained the view point that both mime artists and ventriloquists are the very embodiment of evil. And this book is stuffed with all manner of creepy dolls just waiting in the shadows to freak you out.

Also, Pan MacMillain have given his back list (dig on some images below) a proper brilliant make over. That’s just how serious they are about Nevill’s talent and potential. “Britain’s answer to Stephen King”? That’s for you to decide. All I know is with this kind of backing and the response he’s getting, there’s going to be no telling just where Nevill will end up. And as far as I’m concerned I’m tagging along because I reckon it’s gonna be a hell of a ride. 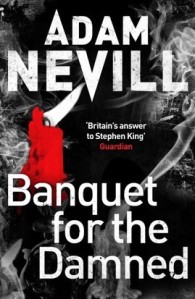 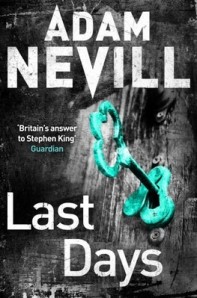 “Dave is an award-winning author hailing from the UK. His Dead Trilogy was launched in the US on Kindle in November 2013. For more info: http://www.davidgatward.com, or to follow him on twitter: @davidgatward, and on facebook.”