Ian Kirby directed the absolutely stellar Batman: Black and White motion comic some time back. I don’t know how it happened, but it evaded my eyes for too long to admit. It’s an amazing collection of 10 short films that you can blow right through in about 40 minutes.

This is an extremely dark tale, with plenty of horror influenced visuals and themes. And if you happen to love Batman (I always have, and I’ve always considered him the first mainstream comic character to tangle with horror elements), and you happen to love horror, you’ve just got to see this!

Here are all 10 shorts, including a brief note on the episode.

In episode one Batman battles Madame X and finds himself stuck in a world of hallucination. Monsters abound (in frightening fashion might I add), faces contort and Batman all but gives up as the episode ends on an extremely bleak note.

Episode two proves a little something: You don’t break Batman’s nose. If you do, he will come back, beat the crap out of you and leave you with a crooked shnoz to match. Awesome fighting sequence in this installment!

This is an amazing episode that explores the healing of Harvey Dent’s face, the spiral of his life subsequently, and – believe it or not – the self-mutilation of his visage all over again. Beautifully written with a bloody scene that calls to the horror freak in all of us. This is just an amazing episode.

Episode four provides viewers with a full rundown on The Joker’s history, even prior to the incident that left his face a scarred mess. And yep, we also travel the gamut all the way to the introduction of Harley Quinn. Absolutely stunning animation in this installment!

Episode five sees Roscoe Chiara attempt to unleash vengeance on the man who indirectly left him colorblind. Sadly, he just can’t make it happen. However the gorgeous vintage comic look of this episode will leave your mind blown. 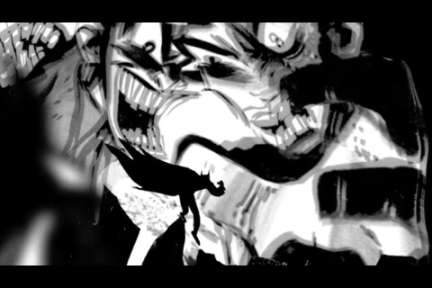 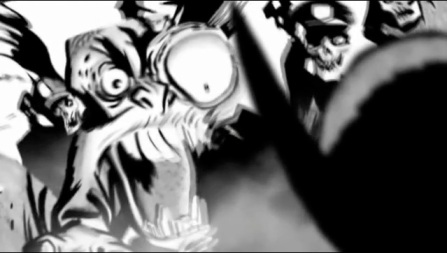 The sixth installment of this series is the briefest, and it plays true to classic acme goofs. Yet somehow, it’s still abnormally dark!

Good Evening Midnight, as the seventh episode is called, is a heartbreaker. Alfred reads a letter written by Bruce’s father, addressed to Bruce (of course) and it’s awfully damn personal. A gut wrenching episode that plays parallels between Thomas Wayne’s emotions and Commissioner Gordon’s. Brilliant work, and the scene in which the snow falls is just awe inspiring. But if that doesn’t get you the extremely eerie shadow work in the early portions definitely will.

This is another down and out, super melancholy issue that works a slow burn effect. However it ultimately pays off with the big focus on Batman and not his foes.

The Joker, guilt and some terrible re-visiting of the past sees this low key episode fly by in just a few moments.

Perpetual Mourning, the 10th and final episode is amazing. Hands down the most impacting writing you’ll find in the series and just… stupid gloomy! Some of the visuals are just plain haunting. A terrific note to go out on, even if it is a bit depressing.