There’s one question horror likes to tackle: what happens to us when we die. Whatever you believe, it’s always a fascinating device to tackle. Hawken, a writer hailing from Australia, whose first book was discovered on an online forum, seems to have done something rare, and come up with a new approach. Book three of his Hellbound trilogy is out in December, but the reason I’m mentioning it now is because it has just been released on Kindle ahead of the print copy.

This is a trilogy that takes head on all manner of crazed biblical stuff and kicks it into a place we’ve never been before. So if you’re up for the trip, here’s what you can expect: 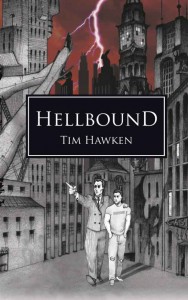 “You look very confused when I say I’m just trying to help these lost souls make their way to Heaven,” he said. “The reason you’re confused is that you think I’m speaking metaphorically. Well, my dear friend, take it very literally. You see, I may have introduced myself as Asmodeus, but let me run off a few of my more well known aliases. Now, let’s see, we have Mephistopheles, Beelzebub, Bafomet, Iblis, The Fallen One, Lucifer, The Morning Star, Lord of the Dark, The Devil, oh and my favorite; Satan.

Face to face with Satan, Michael has awoken in the bowels of Hell with no memory of who he is, or why he has been damned.

Hell, however, isn’t what he expected. Rather than the fires of torment, he finds a hedonistic city of gambling, sex, murder and revenge. With the Devil as his guide, Michael embarks on a quest of self-discovery and self redemption. But will he get a second chance at salvation? And why is Satan helping him? 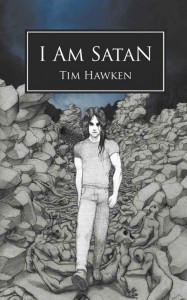 “My torment is that she is trapped while he is free. It is the worst torture imaginable. I care not for myself, or my own wellbeing, only hers. I will free her, but I do not know how. There must be a way.”

Michael has been banished to Hell by the God, Asmodeus. Charged with reforming the lost souls of Damnation, the new ‘Satan’ instead chooses to make his own fate. His aim is to save his wife Charlotte from Purgatory and in the process take control of the savage demons around him to build an army against the most powerful enemy imaginable. With the aid of his friend Smithy and using advice from the omnipotent Perceptionist, Michael takes charge of his destiny. But will it be enough?

Finally reunited with his love Charlotte, Michael has taken control of Hell. Yet the insane god Asmodeus still rules Heaven, and the division between realms continues to oppress the lost souls of the afterlife. With the help of his wife and friends, Michael’s aim is to create true freedom for all, ending Asmodeus’ tyrannous reign. However, the chance of betrayal by someone close within his fold weighs heavily on Michael’s mind, as does the burning question that not even the all-knowing Perceptionist can answer: How do you kill the unkillable?

Sounds bloody brilliant, doesn’t it? For more info, to buy/order, head over to http://www.timhawken.com And you can follow Tim on twitter here: @Tim_Hawken