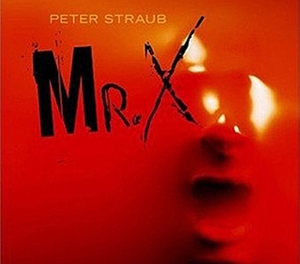 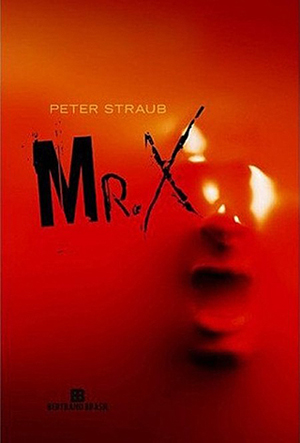 “Theatrically, Mr X pressed the bell. When the door opened, he rammed a knife into the belly of the man before him and walked him backward….from speakers either side of the fireplace, the voice of Frank Sinatra unrolled a long phrase about an immovable object and an old, irresistible force. “ – ‘Mr X’, Peter Straub.

This late nineties novel by Peter Straub appears to have had a peculiar creative foundation for the author. Apparently triggered by the central idea of a real-life individual – one William Lumley – who believed the works of H.P. Lovecraft to be the horror writer’s thinly-disguised literary treatises on the real existence of the ‘Old Ones’. It’s a fascinating creative jumping-off point and even more intriguing given the fact that it’s orchestrated by a horror-genre stalwart, but it’s disheartening that the potential here is undermined by a writer who appears in this instance to be more enchanted by the overall idea and less in delivering a considered and satisfying work of  fiction.

Getting the book off to an agreeably disorienting and flashy start, Straub swiftly establishes a scenario that is mystifying and engagingly uncommon; however, as the novel progresses a  penchant for intentional obfuscation devolves into tedious authorial protraction. Straub lays down clues for the reader that are admirably depicted, it’s just that in this case it becomes an exercise in stretching out a plot that would perhaps have benefited from more judicious editing, in the process foreshortening an intermittently macabre literary dance where the moves become increasingly sluggish and lacking in narrative flourish.

Ned Dunstan is a troubled individual, a middle-aged man with an odd past that he finds himself constantly questioning. Flaky perplexing memories of his childhood begin to morph, taking on a nightmarish bent following the death of his mother, a woman with a much darker history than the assumed mundane nature he has always attributed to her. Ned’s jigsaw-like appropriation of his beginnings takes a sinister turn as it appears he may or may not have a devious doppelgänger responsible for horrifically bloody crimes he suddenly finds himself accused of.

Upon first reading it appears there’s a slightly odd misogynistic element at work in Straub’s text here as we follow Ned’s search for answers; many of the women depicted are either dubious kleptomaniacs, callously manipulative or just plain opportunistic – but at the other end of the gender scale it is more than balanced  by psychotic male characters whose impulses are decidedly corrupt in nature and as for the titular character, the deranged Mr X himself, it’s a curious side-effect that his sick modus operandi casts a strange glow of affirmation on the questionable motivations of Straub’s shrewdly delineated cast of characters, however reprehensible their actions often prove to be.

Straub pitches in incidents involving time-travel, identity crisis, dreadful depictions of slaughter and sociopathic compulsion, explosive violence and one of  the signature inclinations the writer has for imbuing his genre tales with an almost palpable and awful sense of dread.

“Sometimes I think that everyone I’ve ever known has had the feeling of missing a mysterious but essential quality…” is a line from fairly early on in Straub’s narrative, and oddly enough it can be appropriated to encapsulate what is arguably the problem with his overall accomplishment here; there’s something missing from this tale that this reviewer cannot quite identify, an essential literary essence or component that is mildly perplexing because of its absence. Incorporating the standard tenets of the unreliable narrator storyline, mixing in some principle elements of  mystery-fiction tropes and ladling in the ingredients essential for labelling the text as a genre piece, Straub’s conceit is oddly un-affecting when it should be horrifying, puzzling when it perhaps could be a little less self-aware and strangely, for such a revered craftsman, is summarily workmanlike, even bland in certain areas. For a fourteen year old book this feels surprisingly older in terms of  literary maturity; it often feels like an earlier Straub work – something written circa his ‘Ghost Story’, ‘Shadowland’ era. All the elements necessary for an unnerving reading experience are here but the story is relayed in such a way that you become increasingly aware of the writer’s skill at fusing the disparate narrative threads to the extent that there are near-egregious episodes of reader disconnect with the text as Straub stomps home to his otherwise admirably-paced conclusion. Though extremely well written, as you would expect from this author, it ultimately proves to be a disenchanting literary encounter.