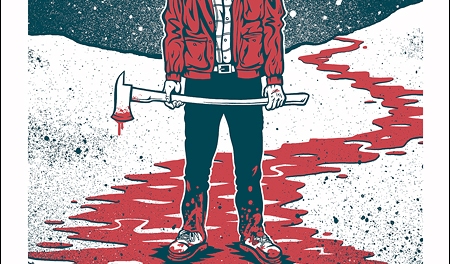 For the record, Todd didn’t really abuse The Shining. I just like to slap you with those controversial headlines! 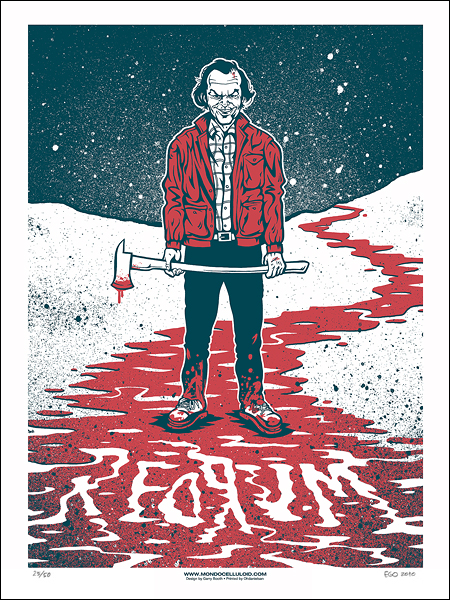 If the readers are confused by the price of the book, I purchased one of the hardcover editions published in the nineties with an exceptional dust jacket by Peter Kruzan, Craig De Camp, and Thomas Holdorf.  Doubleday did the six King novels that were originally published by them with new jackets designed by these three men, and I love the way the covers look.  I have Salem’s Lot, The Shining, and The Stand with matching dust jackets.  The novel is also available in paperback for a lot less.

Let me say from the start that I consider The Shining (Stephen King’s third published novel) to be one the scariest book I’ve ever read.  I’ve read a lot of great horror fiction over the last thirty-five years, including all of King’s novels and anthologies, plus those by Robert R. McCammon, Dan Simmons, Peter Straub, Charles L. Grant, Ramsey Campbell, Dennis Etchison, F. Paul Wilson, Joe R. Lansdale, Bently Little, Tom Piccirilli, Richard Matheson, Joe Hill, Ira Levin, William Petty Blatty, and a dozen more.  All of these authors are excellent writers, but no novel has ever cut me to the core like The Shining did in 1977.  I read the novel in less than two days, and it literally scared the bejesus out me.  Since then, I’ve read it twice more and though the effect of the novel isn’t as strong as the first time around, it still stuns me in a way few other novels are able to do.   The Shining has never been equaled for its pure fear factor.  The novel is a sheer masterpiece…a classic that made a young, upcoming author famous worldwide.

The Shining is about the Torrance family acting as caretakers for the Overlook Hotel in the dead of a Colorado winter.  There is Jack and Wendy Torrance, plus their six-year-old son, Danny, who’s psychic and can see glimpses of the future.  The hotel, however, is haunted with the evil energy of ghosts from the past…the ghosts of people who either killed themselves or were murdered.  The Overlook wants Danny Torrance and will use the father’s alcoholism to create chaos within the family and then eventually kill them.   As the time of death approaches, the hotel grows in psychic strength, coming alive with memories of the past, offering false promises to Jack if he will bash in the heads of Wendy and Danny with a roque mallet.

As I’ve said in the past, The Shining is one of the most terrifying novels I’ve have ever read, and it still scared me pretty good this third time around.  The ghosts and situations at the Overlook certainly have their moments, but what struck home for me is the relationship between Jack and his wife and son.  I come from a family where my step-father was an alcoholic, and I know what it’s like to fear the arrival of the drunken party, knowing that one little thing can set the person off in a fit of pure, uncontrollable rage.  The Overlook Hotel captured the sense of utter isolation and of being cut off from the rest of the world (friends and relatives), while the father slowly goes berserk and then on a wild killing spree.  Stephen King was able to craft every scene with a true sense of reality that would come alive in my mind in ways that were terrifying to remember.  The author was able to do this because of his own experiences in battling alcoholism and understanding what a person and his family goes through emotionally when dealing with this addiction.

Remember, The Shining was published in 1977.  When I first read it, I entered a new world that had been allusive to me in other novels.  The author had (and still has) a special gift for words and descriptions and the creation of characters that few others can match even at this time.  The fiction of Stephen King was literally the next evolution in storytelling.  You could see it in his published novels at the time.

The Shining is, and will probably always be, one of my favorite novels of the thousands I’ve read during the last fifty years.

I was coming back on a bus from a Zen center in Nebraska in 1991.  We made our way through Colorado and up through the mountains.  The sun was setting, casting an eerie glow on the cliffs around us as the bus made its way toward Utah.  When darkness had settled in and the passengers started to get comfortable, a voice sounded from the rear of the bus.  It was exactly like the kid from Stanley Kubrick’s version of The Shining.  The person in the back started saying, “Redrum.  Redrum.  Redrum.”  This went on for about sixty seconds.  Everybody was listening to the voice, but no one was saying anything.  Finally, after the voice had stopped and a minute of silence had gone by, people started laughing because they knew what “redrum” meant and that it came from the movie, The Shining, and that we were in the mountains where the story takes place.  After twenty-two years, I still remember that unusual moment on the bus.

While you’re at it, be sure to check out the sequel, Dr. Sleep, which continues the story of Danny Tolerance and will probably be Steve King’s biggest seller in the history of mankind.

3 Comments on Wayne Rogers Counters Todd Keisling’s Abuse of ‘The Shining’ With a… Shining Review!