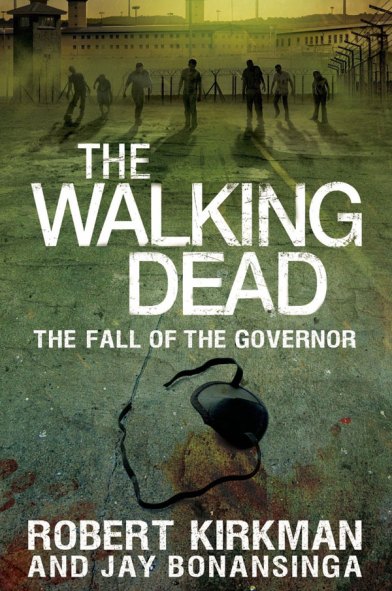 If you’re still obsessed with Robert Kirkman’s The Walking Dead, you’re going to salivate over this news. The third novel in the ongoing series is on the way, once again returning to the world of the menacing Governor. Prepare to see some noteworthy characters from the graphic novels/live action series appear, including the amazingly bad ass Michonne.

The novel will once more be crafted by Jay Bonansinga (who wrote the first two books, Rise of the Governor and The Road to Woodbury) with – of course – some massive influence from Kirkman himself. The novel arrives on October 8th. You can preorder right now, right here.

“The Walking Dead series of original novels, set in the universe of Robert Kirkman’s iconic comic, reaches its crescendo in The Fall of the Governor. From co-authors Robert Kirkman, creator of the Eisner Award winning comic book and executive producer of AMC’s blockbuster TV series, and Jay Bonansinga, Stoker award finalist and internationally acclaimed author, comes the gripping third novel in this richly woven, page-turning literary saga, which began with The Walking Dead: Rise of the Governor.

In Rise of the Governor, uber-villain Philip Blake journeyed from his humble beginnings directly into the dark heart of the zombie apocalypse and became the self-proclaimed leader of a small town called Woodbury. In Book Two, The Road to Woodbury, an innocent traveler named Lilly Caul wound up in the terrifying thrall of Phillip Blake’s twisted, violent dictatorship within Woodbury’s ever-tightening barricades.

And now, in the latest installment, the Governor’s complex story continues in a tour de force of action and horror. Iconic characters from the comic book, including Rick, Michonne, and Glenn, will finally make their entrance onto this nightmarish stage, and fans of The Walking Dead will see these characters in a whole new light.”