Iain Rowan’s Ice Age is trending with the horror crowd, and we here at HNR were fortunate enough to track the man down and pick his brain for a few moments. Check out the full interview, conducted by Drake Morgan below, there’s quality insight to be found! 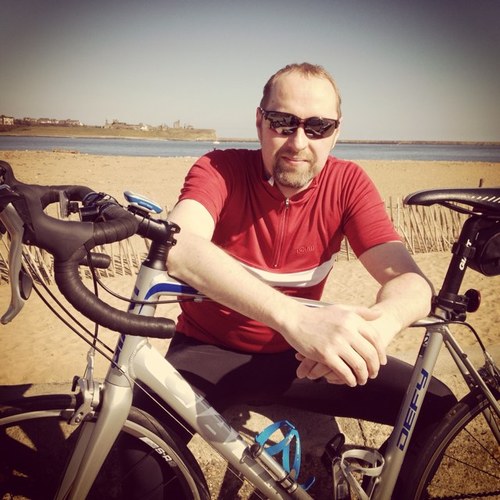 Horror Novel Reviews: Your work is largely crime fiction, but you delve into dark fiction as well. What inspires a particular direction for your work?

Iain Rowan: Hmm, that’s a hard one. I struggle to understand myself where inspiration comes from for some of my stories. Often it starts with place. An empty house with a curtain blowing out through a hole in the window. A deserted little square in town where despite no-one being around, the atmosphere is clotted thick with threat. I see the place, it provokes an emotion, I start writing, and someone out of that comes story.

I don’t like being confined to genre. That’s for later. First, the story. Then I think about where it might fit.

A lot of my stories are about identity, about awkward protagonists who don’t quite fit. I once read a line from a photographer that said when taking photos, the most interesting things are at the edges: the edges of the day, the edge where land meets water, the edge of town. That’s where I write: about people and places in the margins, on the edge, between two worlds. Sometimes that’s literal, in my dark fiction where a veil lifts and the protag becomes aware of…something else. Sometimes it’s political, in my crime fiction where the protags straddle two worlds – an illegal immigrant caught up with a people trafficking gang in my first crime novel One of Us, an undercover agent in the one I’m writing now.

HNR: Tell us about the Fifty-two Songs, Fifty-two stories project. How did it come about?

IR: I had two inspirations for it. I’d been reading an excellent blog called a Month In Music (http://monthinmusic.tumblr.com/). The author realised that he had thirty days worth of music in his iTunes collection, so at the start of the month he pressed play, and let it run for 30 days, writing a daily blog about what he heard and the memories and emotions each song evoked. Around the same time, a charity anthology called On The Record was released (plug: still available, also volume 2, all proceeds to children’s literacy charities in the UK and US). I had a story in there, which I’d enjoyed writing: every story had to be inspired by a song title. So putting together the inspiration from song title and the regular blog over a calendar period, up came 52 Songs, 52 Stories.

Each week I sat down and picked a song at random (or did requests), and wrote a story based on it. One draft, quick polish, and publish it. Repeat every week for a year.

Was fun to do, and taught me a lot about not waiting for inspiration.

HNR: I’ve read a number of reviews that describe the “Englishness” of your stories. How does the culture and history of England influence your writing (or does it)?

IR: I don’t make a conscious effort to bring it in, but I’m born and brought up in England, so it would be a surprise if the culture didn’t permeate the way I think and who I am…even if I don’t particularly think of myself as ‘English’ these days.

As mentioned, landscape and place inspire a lot of my writing, and that probably accentuates the Englishness as that’s where the places and landscapes I know best are located. For example, some of the myth in Sea Change is invented, but the place is real (albeit renamed), as is the black dog and some of the surrounding folklore.

HNR: How is writing YA (Sea Change) different from writing for adults?

IR: Interesting question. I like to think I don’t write down in YA fiction. Perhaps it’s simply that the characters are themselves young adults, and so the novels reflect the themes and preoccupations of the characters. I think good YA fiction just comes out of character, not from leaving out the big words or sanitising the themes.

I dunno how many of the people who have read or reviewed Sea Change are younger though – always hard to tell!

HNR: Who inspires you now to keep writing?

The nagging feeling that perhaps it is the one thing that I can actually do well.

HNR: What can we expect in the near future?

IR: Near future is pushing it a bit, maybe medium to long term future. I’m part way through writing a crime novel about an ex-cop who has been placed undercover in the protest movement. This is based on real life stories that have made a lot of news in the UK here, about police who have been undercover for years in the environmental movement, having relationships and even fathering children. My protag’s working for a private security firm, but as the novel opens he is going downhill fast, and starting to struggle to remember who the real him is.