I’m sure I’ll get some flak for a few of these picks, but as is normally the case, I stand by my selections. The following 10 novels stuck to my psyche for years, so I felt it necessary to cast a little shine on what I consider to be the high points of the 1990s. You’re welcome to toss your votes in the mix, I’ll be the first to admit my memory can be a bit shaky, and I may well have forgotten a couple treasures. These beauties though… well, they’re unforgettable!

Stephen King’s The Stand was a bit too long for my personal taste. I don’t enjoy investing 13 years reading a novel. That said, The Stand was a damn powerful piece of work that in hindsight felt quite epic, and brought a few amazing characters to the forefront of horror.

Intensity plays out like a nefarious slasher flick on paper. I love slashers. While Koontz can be a bit repetitive in his concepts, I think he really nailed a realistic brand of horror in this instance. It’s not Phantoms, The Funhouse or Watchers, but it is one of, if not the go-to Koontz novel of the 90s. 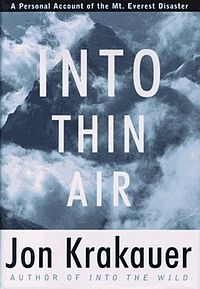 Krakauer’s Into Thin Air isn’t technically a horror novel. However it is insanely harrowing, totally haunting and about as unsettling as they come. To this day the novel remains a somewhat underrated commodity and that’s got to change. You want to read an insanely good book about life, death and the power of the elements, read Into Thin Air.

What can I say about American Psycho that hasn’t been said a dozen times here on HNR? This is psychological terror at its finest, but Ellis gives readers more than simple scenarios to ponder, he gives some wildly vivid and shocking moments to the masses. You’ve got to love it. 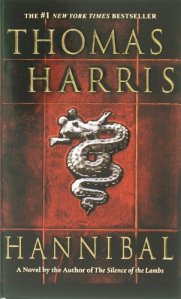 I’m still the guy who doesn’t favor series’, trilogies or sequels, but there’s no denying the impact of Hannibal. It’s one of those really rare pieces of work that lives up to previous established standards, and it takes the tale of Hannibal Lecter and his malicious, man-eating ways in the perfect direction.

Bentley Little’s debut novel struck a chord, which is probably why it picked up a Bram Stoker nod. I love the absurdity of this one. It feels as though Little crammed about 14 ideas into one single novel, but somehow it really works, and the nightmare that the people of one quaint little Arizona town experience still boggles the mind.

Dan Simmons: Children of the Night

Horror fans always seem to pine for quality bloodsucker tales. We don’t see them surface often, but Dan Simmons gave us a gem back in 1992. Of course just about everything Simmons touches is gold, so that shouldn’t come as a surprise. If you want a look at a believable vampire, snatch up Children of Night (boy did that whole sentence read strangely).

I’m not typically big on Cook’s work. He’s simply too technical with the medical jargon for me to climb onboard. But Invasion was a unique book for this brainiac. Cook doesn’t flex his intellectual muscle to a nauseating degree for Invasion, instead he gives us an interesting tale that feels part alien invasion story, part zombie story… kind of. This is a wicked read, and if you somehow missed it, start the hunt because there’s a treasure in waiting.

Boy’s Life might very well be my favorite novel released in the 1990s. It’s an intricate coming of age tale loaded with awesome subplots that come together to create a complex yet strangely visceral read. There’s plenty to relate to in this masterpiece (still adore a few of these characters!), and there’s just enough of the dark content to send the chills running up the spine. Don’t sleep on this one, it’s so damn good it’s nearly impossible to put down once you’ve opened it.

Clive Barker: The Thief of Always

The Thief of Always was actually written for a younger crowd, which some might be surprised by. Outside of the Abarat series, Barker tends to keep his work extremely… mature, shall we say. But this quiet offering was riveting. It’s haunting and imaginative and it’s a strong enough effort to call fans back for more than a single read. It may be one of Clive’s least appreciated efforts, but it’s one of his most engrossing tales and certainly deserves a spot on this list.