Today we have an impromptu interview with a killer author (that is, an author who kills figuratively): Brent Kelley.

Cards on the table.  I haven’t prepared for this interview.  I’m a little hung over.  And I’m fairly certain I’m not actually awake right now, or else I’m hallucinating again.  None of this has anything to do with Brent Kelley, who is a consummate professional, and would never agree to do an interview with the likes of me. 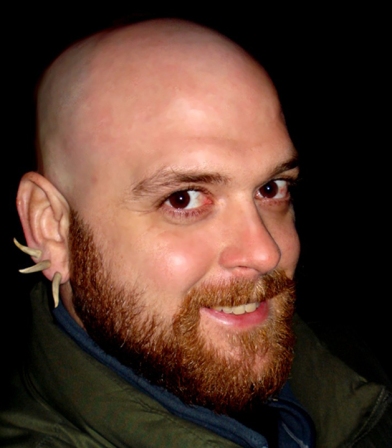 Anthony J. Rapino:  So, Brent.  Why have you agreed to do an interview with the likes of me?

Brent Kelley: The meat dancers have carved their poetry into my flesh. They said I must do this or offer myself to the Maze of the Swamps. I have no wish to be lost for eternity in the muck, alone with the primordial beastmen that worship there, so I figured I’d do the interview. You’re definitely not hallucinating.

AJR:  Let’s cut to the chase.  What are you promoting and why the fuck should I care?

BK: Well, since you ask, I’m promoting my new book. It’s called Chuggie and the Bleeding Gateways. It’s a sequel to Chuggie’s first adventure, Chuggie and the Desecration of Stagwater. Picks up right where that book left off, matter of fact. It’s chock full of monsters, mayhem, blood, babes, and booze. If that’s not enough to make you care, let me sweeten the wine a little… I’m donating half of my first-year royalties to the American Cancer Society. Chuggie’s not for kids, and cancer shouldn’t be, either. If his drunken, profanity-filled, gore-caked antics could help defeat cancer, why that’s one of the coolest things I can think of. You son of a bitch.

AJR:  Whoa now, a little professionalism please.  You ready for some hardball questions?  What is your middle name and why do you use it?

BK: My middle name is Michael. I use it because there are a lot of us Brent Kelleys. At a Brent Kelley meeting back in 2010, we talked about making sure we were clear about who was doing what. For instance, there’s a Brent T. Kelley who is a recruiter for the Army of Militant Satanists. There’s a Brent C. Kelley who travels the country going to state parks defacing statues. They’re all great guys, and I respect their work. I wouldn’t want to seem like I was stealing credit, though. We all agreed to differentiate in some way, and I chose to use Brent Michael Kelley. I can’t discuss anything else that happens at Brent Kelley meetings. Sorry. I can tell you there are very few women in attendance.

AJR: I think we now know the face of the apocalypse.  What’s your favorite blood type?

AJR: Tell me a little about your current projects, but don’t go on about it.  I’m not here to polish your balls. 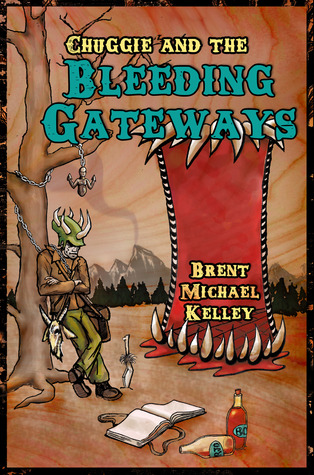 BMK: I’m starting to chisel my way into Chuggie’s next adventure: Chuggie and the Prisoner Gods. If my guess is correct, Prisoner Gods will be bloodier, sexier, funnier, and more horrific than the first two books combined. I’ve also been remodeling the lower half of my house. And the third project I have going is the Bizarrolux Nightmare-O-Tron, which spells bad news for a lot of people. Or, at least, it would spell bad news if my plutonium guy didn’t get his dumb ass caught and shipped to a CIA black prison. As you know very well, Anthony, reliable plutonium/uranium connections are getting scarce these days!

AJR: You’re telling me!  I’ve dabbled with Youtube videos to promote my books, but they keep getting taken down due to explicit material.  Have you ever made a book trailer?  If so, how do you get around the whole “no nipples” thing?

BMK: I got a very nice young lady to promote Chuggie #1 while hula hooping in a bikini. I found her over at Fiverr.com, and I recommend her to anyone. The nipple thing you’re talking about is just for lady nipples. I’m sure you’ve noticed that if you want to show a dude nip, they’ll let you. Yeah, it’s pretty sexist. Also, I think it’s detestable to tell women that their bodies are obscene. Whoever came up with the notion that nipples are obscene probably had some seriously messed up nipples. Or maybe no nipples at all! I think I just nailed it! You know who likes a lot of nipples? The primordial beastmen in the Maze of the Swamps. They wear them on necklaces. It’s breathtaking.

AJR: You’re giving me some great ideas for my next video.  Now that I’ve scared all the potential readers away, let’s get serious.  Where’d you bury the bodies?

BMK: Why would anyone be foolish enough to bury a body? Seems to me, if I were to “hit a deer” with my “automobile,” I’d get rid of the “deer” using chemicals. But I, uh, I don’t know nothing about anything like that. Swearsies. He was cleaning his knife, and it accidentally went off in his back seven or eight times.

AJR: You’re not fooling anyone, Kelley!  Oh, oh, I got a good one:  where do you get your ideas?  Ha!  Sorry, I couldn’t help it.  Okay, the real question:  If Hell exists, and you go there, what would your hell be like?

BMK: It’d be exactly like the worst day I’ve had in my whole life: There’d be a 2 liter bottle of Mountain Dew that somebody stuck in the freezer to cool faster, and it would stay frozen all day long. There’d be corndogs, but the breading would always crumble off before I could eat it. The only show? A Packer game that never comes in except when Troy Aikman and Joe Buck are on screen bashing the Pack. And then I turn to the guy next to me and I’m all, “Why do they still have Aikman and Buck do commentary for Packer Games? They openly hate the Packers.” And the guy turns, and he’s all, “Can you keep it down? I’m trying to watch Sons of Anarchy over here.” And I look, and he’s got a tablet in his hand with Sons of Anarchy playing. Brand new episode! He slaps me across the face with a handful of cat turds and runs away with his tablet. Then giggling Russian children saw my feet off while their cackling, toothless grandmother plays a funeral dirge on an out of tune piano.

AJR: Weird.  The same exact thing happened to me once.  Regretting this yet?  No?  You asked for it.  Quick fire round!  Pumpkins or apples?  Go! 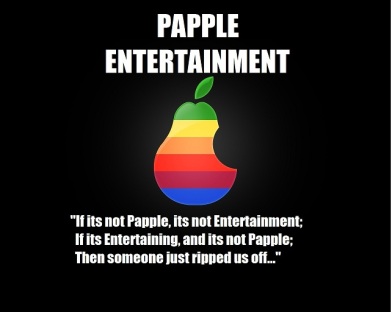 BMK: I’m a literary juggernaut with one finger on the pulse of the nation and one finger… Never mind where that other finger is or where it has been, Anthony. It’s not important. I do some blogging over at www.brentmichaelkelley.com. I’m also known to post from time to time on my Facebook page (https://www.facebook.com/Chuggie.bmk). Chuggie’s adventures are available on Amazon.com (http://amzn.to/1alQ34i). Thanks for the questions, Anthony. Before I go, I should mention I’m the one who’s been stealing your beer. No getsies backsies!

AJR: Kelley!  Now I know how I’d answer my Hell question.  Until next time, you thieving, papple-eating lunatic.