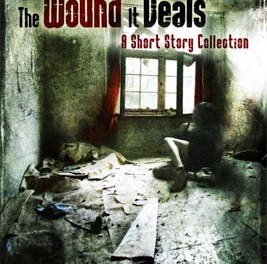 Do I let the earnest young teacher with a fondness for gray parrots live, or cut her down at lunchtime with an avenging spirit with a score to settle? Do I revel in the suffering of the aspiring musician with blood on his hands, or pardon his sins and spare him punishment? Do I force you, dear reader, down into the murky, twisted depths lurking beneath the smooth surface of your otherwise ordinary day?

Decisions, decisions… at least in the day’s work of a dark fiction writer, that is.

Dark fiction, of course, is supposed to be dark. Horror writing is supposed to be horrific. Readers don’t turn to the more luridly shaded tales to find the same old reassuring lines of black and white. That’s why genre fiction has long been the perfect medium for subversion, subterfuge, and sabotage of all things expected and accepted. That’s why countless readers still pour over Poe and Lovecraft, still revisit the vampire myth in all of its ever-evolving forms, still relish the old tales of terror while eagerly devouring new ones.

In some ways all fiction—at least all good fiction—is in part dark fiction. The best authors know how to utilize the full spectrum of colors on the vast human palette, and the deeper shades are some of the most intriguing. And yet in our current climate of steadily-delivered travesties both real and imagined, I wonder if that palette is becoming dull and muddled by too many overturned buckets of blood and black bile.

Where did it come from, this endless appetite for torture and rape and sky-high body counts and a deranged serial killer around every corner? The stories that first planted dark seeds in this young reader’s Rappaccini’s garden knew to hold my head beneath the murky waters just long enough before allowing me to surface for a gasp of air—or at least see the light up there, tantalizingly out of reach. In Stephen King’s The Dead Zone, the protagonist dies in the end, but not before saving the world from a devastating future. Some of Poe’s most deranged protagonists are so compelling not because they are sociopaths enthralled by a tortured woman’s screams, but because of their dangerously familiar motivations—the perceived slights, the paranoid self-protection, the spiraling madness of failure and loss. Remember that the narrator of “The Black Cat” cries while watching his “beloved” pet die in the noose he just placed around its neck. Such glimpses into the love/hate pathology of murder are more terrifying than a warehouse full of serial killers. 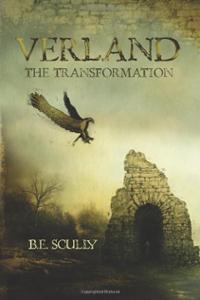 That’s why my exasperation with the “and now it’s time for a torture scene” approach to narrative isn’t just about the bewildering pattern of violence toward women, or the possibility of desensitization to increasingly extreme acts of sadism, or the gladiator relish of another human being’s suffering. Those are important issues to consider whichever side of the debate you’re on, but there’s a more fundamental reason for my resistance to knee-jerk violence and no-brainer gore: it’s simply bad art. It’s easy to spot a story drowning in sugary, overly sentimental stereotypes and happily-ever-after narrative tropes. But for some reason, as long as there are enough anal rapes and eviscerations and child killings thrown in, stories that suffer the same entirely predictable lack of imagination are given a “dark and edgy” pass out of Clichéville.

My novel Verland: The Transformation (pick it up right here) is an exploration of death and all that may (or may not) come after. Characters have to die and shocking events must occur in order to make this exploration more profound and engaging. Likewise, in the short stories in my collection The Knife and the Wound It Deals (here’s a direct link), the characters find themselves confronting nightmarish fates and soul-chilling situations. But some characters die and some live to see another day; some emerge from their dark circumstances stronger, wiser, more powerful; some end up in the shadowy spaces in between. Readers and critics who are enthusiastic about the kind of dark fiction that I most enjoy writing and reading seem to embrace the idea that dark fiction, like life, can be both horrific and hopeful; ghastly and glorious; macabre and meaningful… often all at the same time.

There are, of course, those readers and critics for whom my work will never be quite horrific enough to be horror, and that’s okay, too. It’s a vast literary sea out there teeming with creatures of every appetite imaginable, and that’s what keeps things interesting. What may be too violent for me may be the just-right catch of the day for you; ultimately, it’s not the level or amount of violence that defines the trouble. A skilled artist can place any subject or theme into a rich enough context to make it work. But for me that requires using the full range of colors instead of sticking to the flat extremes of either end of the spectrum. After all, the dark is always made all the more compelling, all the more palatable—and ultimately all the more terrifying—by that unexpected streak of illuminating light.

“A shadow is never created in darkness. It is born of light.” –Terry Tempest Williams

Be sure to visit http://www.bescully.com/

3 Comments on ‘Shadows Born of Light: A Call for the Full Color Spectrum in Dark Fiction and Horror’ by Author B.E. Scully