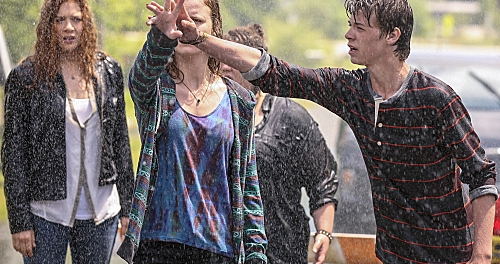 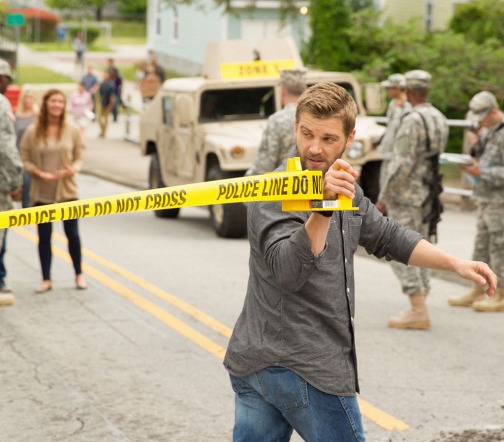 Written by: Joe Hempel (of Top of the Heap Reviews)

I apologize for not getting last week’s episode out, so I’m going to talk a bit about the past two weeks in this article.

I’ve been a pretty big fan of the show since day one.  I understand that this and the book are two different entities, but I have been pretty hard on the acting.  I believe that with the exception of a few, it’s been very sub-par when it comes to the main characters.

Now however, there are a few things I can’t ignore, and the show is losing me fast.  Perhaps I should have noticed this earlier, but with this past episode it really stuck out like a sore thumb.

Where in the hell is the wind coming from?

We know that the dome isn’t completely solid since when the military showed up and blasted it with water, some came seeping through.  Just a little though.

There isn’t enough there for me to use that as an excuse for all the wind, even after the missle strike.

The one beautiful thing about the episode Blue on Blue though is when everyone is huddled around waiting for the missile to hit, not knowing if they’d survive.  No matter what the circumstance it shows everyone as human first and foremost.

Even Big Jim Rennie lets Angie out of the cellar because he thinks everyone is going to die.  While that might not be the best motivation for it, it moves her character along and provides the escape.

After that however, attitudes change, and I have a feeling people will become more ruthless. 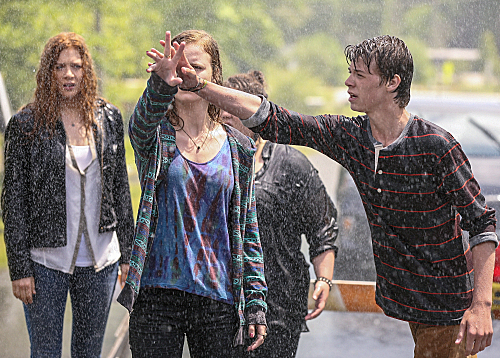 In the following episode, The Endless Thirst, a huge event happens to the town.  Almost the worst thing that can happen.  The water tower falls due to an accident.  The water from the lake is un-drinkable, and the town starts to go into full panic mode.

Dodee Weaver also begins to pick up a signal and more questions are being asked about the dome.//

As the town starts killing each other, it begins to rain.  Thankfully they are able to explain what is happening, sort of.  They hypothesize that the lake which is undrinkable evaporates, and the dome traps the water and then it rains.  The evaporation process filters the water, and now they have the supply they need.  Just in time.

Again, the show does come through and the characters see the irony that the dome seems to providing what they need just when they need it most.

I’m still hanging on to the show, but I’m only hanging on by a thread.  Probably the biggest reason why is because I know how the book ends, and I want to see how different it will be for the show.  I’m quickly losing interest in the characters.

2 Comments on Catching Up: Joe Hempel Walks Us Through Episodes Five and Six of Stephen King’s ‘Under the Dome’