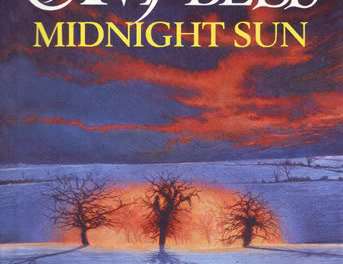 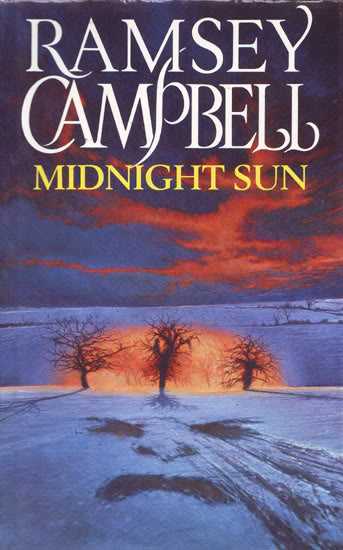 Ramsey Campbell, “Britain’s most respected living horror writer” (according to the Oxford Companion to English Literature), has become my new favorite horror author. His ability to tap into the undercurrents of horror that flow through the human subconscious brings the reader along with ever growing glimpses into the dark. Campbell doesn’t depend on the shock value of gore, but slyly ushers us to the final depths of darkness and suddenly drops us off into the deep end.

In Midnight Sun, we start the journey with the event that changes young Ben Sterling’s life. “A small boy runs away from his aunt’s house, back to the village of Stargrave, where strangeness awaits him in the churchyard.”  The story picks up twenty years later when Ben, a writer of children’s fairy tales, and his wife, who illustrates his books, inherits the family home in Stargrave, England. With their two children they make the decision to move to Sterling House, grand and austere, surrounded by Sterling Forest and overlooking the small English village.

From the first glimpse of a white face in a window on the third floor of the unoccupied house to the Ben’s ultimate discovery of the meaning of his grandfather’s mysterious life and death, Campbell’s early influence from Algernon Blackwood and Lovecraft’s Cthulhu Myths is evident in the way that the old myths and fairy tales reflect a deeper meaning of the monsters that inhabit our memories, and that sometimes those monsters are real.

If you’re looking for blood and guts, I’d give this one a pass. But if you enjoy your horror served cold and creepy, Midnight Sun by Ramsey Campbell is sure to leave you worrying about the shadow that you just saw out of the corner of your eye.