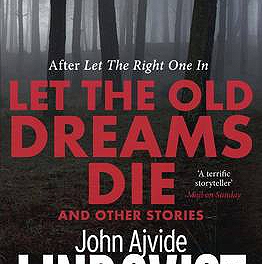 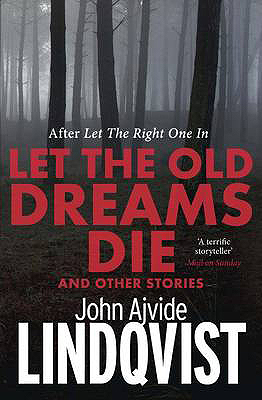 John Ajvide Lindqvist emerged as a formidable voice in horror fiction with the publication of his critically lauded vampire novel, ‘Let The Right One In’ back in 2004, later translated into English in 2007. His status as a unique creative force within the genre was cemented by subsequent books that boasted themes dealing with some familiar horror tropes that the author put his own atypical spin on, books such as  ‘Handling The Dead’ and ‘Harbour’. This fairly recent collection of Lindqvist’s shorter fiction further reveals the author is equally adept at delivering chills in a more economic format.

‘Border’ gets this largely impressive collection of tales off to a terrific start. The story’s main focus is Tina, a young woman working as a customs officer with an eerily accurate aptitude for ferreting out passengers concealing various forms of contraband. Lindqvist’s deceptively languid approach to his subject matter here sets the reader up for some genuinely bewildering moments and an unsettling climax. ‘Village On the Hill’ veers into recognizable horror territory with its emphasis on dread and a protagonist who is forced by circumstance to accept the bizarre truth about his apartment. ‘Equinox’ takes the reader on an increasingly grotesque literary ride. Here we meet Veronica, wife, mother and professional crossword compiler, a meddlesome character of religious faith who admits early on that “I pray for the usual thing:the ability to feel love”, whose obsessively nosy compulsion leads her to discover something extremely strange and life-altering.

A great many of the stories the author presents here are quite straightforward conceptually but it’s what he does with his characters that warps expectation and confounds easy genre classification. Some of the tales are, as is interminably the case with short story collections, more effective than others, but they all adhere to an apparent fundamental intent on the part of the writer to engage and challenge the reader. However, there are a couple of damp squibs here, most notably ‘To Hold You While The Music Plays’ and ‘The Final Processing’. The former is a thankfully short but annoyingly impenetrable exercise in style at the cost of any substance and the latter is a bloated novella that starts off piquing the interest but slowly – and I stress the word ‘slowly’- collapses under the weight of its own narrative absurdity. It’s neither thrilling nor particularly engaging and aside from a few instances of imagery that appear to have been drawn from a particularly sinister fever dream, it eventually reaches a disappointing conclusion that couldn’t come quickly enough for this reviewer.

The fair-to-middling tales – ‘Majken’, ‘Eternal/Love’ boast some unsettling and blackly comic concepts and, for the most part, they’re both admirably ridiculous conceits that obey their own internal literary logic, with ‘…Love’ sporting some of the darkest imagery and certainly the grimmest of themes in this collection. There’s a near constant undercurrent of foreboding in the bulk of the stories collected here, particularly in the quirky ‘Substitute’ which posits a world-view that we perhaps exist in an everyday reality populated by ersatz humanity and the disturbingly lifeless nature of inter-personal relationships. Lindqvist’s ideas are curiously involving, delicately arranged, with many of his characters sharing the same literary and philosophical obsessions. The problem with that kind of character development is that it opens the author up to criticism that his characters share a lazy form of interchangeability, that there’s very little to differentiate the multiple viewpoints that his protagonists share with us.

Persistent preoccupation, stories that appropriate dream-like logic and an admirably devious intent to disorient and disturb rather than to rely on over-dramatic jolts of gory prose gives this collection a distinct advantage over the standard collection of shorter horror tales. Though often compared to Stephen King – an idle comparison just about every author who writes horror fiction has to weather it seems- it’s arguable that Lindqvist’s artistic sensibilities have much more in common with early Clive Barker and Thomas Ligotti. That said, it’s this reviewer’s contention that with the excision of a few stories from this collection, ‘Let the Old Dreams Die’ would be a much more balanced piece of work, and not the sprawling ungainly literary proposition we have here.