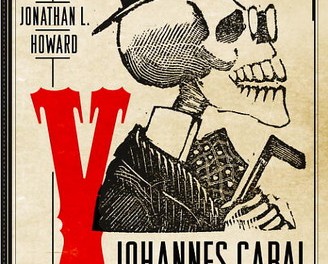 Tyler Reedy has dropped his official top 10 list, and if you’ve been waiting for that piece that illuminates some slightly more obscure choices, this is the piece for you. Unlike a sizable portion of us (myself included), Tyler doesn’t stick to any cliché wheelhouse, picking Stephen King and Dean Koontz in excess. Nope, he’s got some unique picks, and you’re going to want to read them! 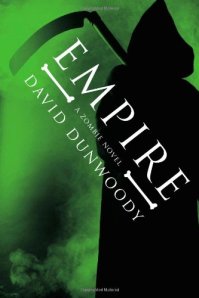 Death’s only purpose in life is to reap the souls of the living.  When a deadly virus prevents the recently deceased from passing on and instead rising from what should be a peaceful rest, Death is literally laid off from his job.  So in this post-apocalyptic story, Death picks up his scythe and sets to work culling the masses of undead.  Of course you follow the story of the usual survivor fare in Louisiana, but the take on Death as an enigmatic player makes this a novel to check out. The first in a series that is sure to please those looking for a slightly different bit of zombie literature.

While not traditional bump-in-the-night horror, Johannes Cabal: The Necromancer is a great ode to gothic literature.  Humor and character development take center stage and it is surely not a mistake here. Johannes Cabal sells his soul to the devil for the secrets of life, but now he wants it back. Ever the gambling kind, the devil gives Cabal a period of time in which to collect souls to replace his own.  Johannes goes about this task by using a circus traveling by train to lure in sinners and miscreants. There’s no short of types of ghouls that make their way into this book and it rides a roller coaster into a great finish. Again, just the first in a series, and if you like Nazi Germany and zeppelins, you should check out the second book and the third comes out October 1st.

“He’s undead, overweight, and can’t get a date.”  This tagline should clue you in that this book is as much comedy as horror. I’m not much for vampire stories, but this is an exception and it deserves to be on my list. Jules Duchon, resident of New Orleans, weighs in at four hundred and fifty pound and sleeps the day away in his custom coffin. Everything is status quo in his life until Malice X, a black vampire infringes on his territory telling him to stick to white victims. With the help of Maureen (the morbidly obese vampire stripper who changed him) and Doodlebug (an undead cross-dresser), Jules fights to stay alive and feast on who he pleases. This is such a fun story and sadly I haven’t seen it anywhere since I picked it up for next to nothing at a book store. Definitely pick this up if you want a laugh. 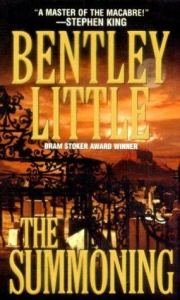 7. The Summoning by Bentley Little

Another exception to the vampire genre for me, mostly because this one is of the horrific kind, not the aristocratic gentleman type. Sue Wing is the innocent protagonist in this Asian twist on the vampire. The worse she ever expected was working another day in her parent’s restaurant. Unfortunately though, In the town of Rio Verde, Arizona something wicked stalks the streets, draining its victims of every last drop of blood. This vampire has only one name to Sue, one that can only be named in the Cantonese of her grandmother: Cup-hu-girngsi.  Loosely translated as corpse who drinks blood.  Bentley Little shares bits of Asian culture in his novels (probably due to his wife being of Asian ancestry) and anyone who knows me can attest to my love of anything Asian. So mixing two of my favorite things gives this a spot on my list.

6. The Golem by Edward Lee

Seth and Judy are moving to a newly renovated houses on the eastern coast. Picturesque country was what the pictured, not dirty cops, drug dealers, and a history the town would rather forget. Down in it’s core, The Golem, like it’s title, is a monster novel about the Jewish golem. For those who don’t know, the golem is a clay statue imbued with life to do the demands of its master. This novel has many elements and does a great job reeling you in. With a background steeped in Jewish myth, there’s always something interesting on the next page. This was my first book by Lee and it has kept me coming back to him for more horror thrills. 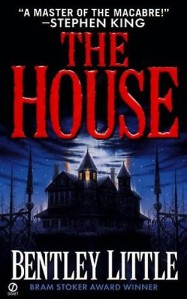 5. The House by Bentley Little

The classic haunted house story is taken to another level in this Little novel. Five strangers, each experiencing nightmares and hallucinations, are tied together by one thing: they each lived in a house eerily identical to the others. The eponymous house draws them all back in to a place they’d all rather forget, but what they get drawn into is a battle of good and evil against their nightmares. This book will genuinely give you the heebie jeebies better than any other haunted house story could and if you’re a fan of this type of horror you should check it out. 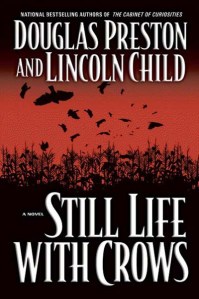 4. Still Life with Crows by Lincoln Child and Douglas Preston

FBI Agent Pendergast is sent to Medicine Creek, Kansas after a mutilated corpse is found in a corn field. The body is found arranged in an interesting tableau with dead crows, almost like a piece of art. While locals seem to think its due to an ancient curse, Pendergast knows better and solves the case like no other agent can. This novel is a thriller of great proportions and the action doesn’t seem to stop. Pendergast is a Holmes-like character that I’ve come to love and this is my favorite novel of the lengthy series and also the one with the best ties to the horror genre. 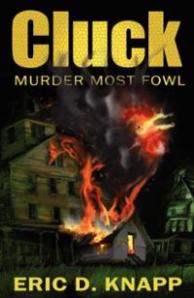 Haunted house…..check. Chicken ghosts….check. Exorcist…..check. Take these and jumble it up and you have Cluck: Murder Most Fowl. While seemingly ridiculous, this book is completely amazing. Of course it’s comedic (there seems to be a trend here) so expect yourself to chuckle a little, but it works and I can’t give it enough praise. When mysterious forces trap the spirits of common chicken in a house with almost no end, who do you call? Apparently the Exorciste de Volaille, a secret Vatican order of barnyard fowl exorcists that have been working behind the scenes for centuries. Armand is the current exorcist and he delves into the labyrinthian farm house to take on the Rooster and rescue Bobby who has been trapped inside. If you read one humorous horror novel, this had better be it. 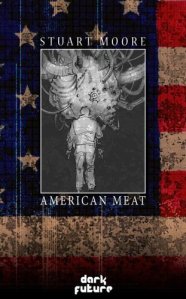 Stuart Moore is a writer and editor of comic books and this is his take on an apocalyptic future. When giant corporations control everything and genetically mutated livestock has to do for the masses need for meat, Batton MacKay and his cyborg monkey sidekick have a debt to pay off. There’s animal rights biker and an odd company called Fuzzies, Inc. and a conspiracy not entirely of this world. This delves into the bizarro genre just a tad and meat is the main concern for the series, but this is such a unique and well-written book I can’t pass it over or describe it adequately. Part of a series, there’s a sequel which is great, but unfortunately he never wrote the end of the trilogy and I hate to see the universe he’s created not get an ending. 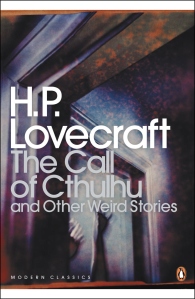 1. Call of Cthulhu by H.P. Lovecraft

Where to begin? Lovecraft is one of the biggest names in horror thanks to his eldritch monsters and I’m a huge fan. I faltered on which of his stories to choose, but I had to decide on the one his eponymous mythos is named after. Horrific things out of space and time and other dimensions litter his stories and these monsters cause madness with the mere mention of their unpronounceable names. You can’t get much scarier than that. I don’t wish to describe this story by itself or any other. I would prefer you read this story, or at the very least one of his other well-known tales if you haven’t and see if you can handle imagining the monstrous entities this man thought up.

The Town by Bentley Little

The Revelation by Bentley Little

Bag of Bones by Stephen King

The Conqueror Worms by Brian Keene