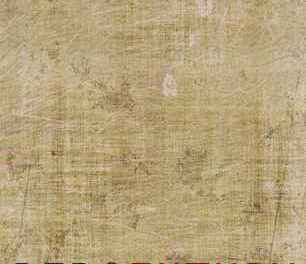 Jacob Mandel’s Red Century strikes a chord with me because I wrote a short story that’s damn near identical to this novella. My short was ultimately deemed miserable (by myself of course) and it the trash bin. My story told of a half dozen aspiring filmmakers who set up shop in a rundown cabin in the woods. The flick was a slasher, and the killer was a reclusive Vietnam War veteran who lived in rural territory because he saw every stranger as Vietcong, subsequently unleashing havoc on complete strangers as a result of his delusions. Jacob’s story sees a half dozen youngsters head out into the woods to shoot an indie film. Their film is something of a slasher, and while the antagonist isn’t a Vietnam veteran with a messed up psyche (I really don’t want to spoil the evil we’re dealing with), it’s as sinister as they come with no qualms exterminating reckless youth.

You should be able to see why I’d take a liking to Red Century early.

Jacob certainly did a far better job with his story than I did with mine, but it’s got a couple of serious issues that hurt the overall quality of the tale. I always hammer this home, and I know it sucks to hear, and as a self-published author it sucks to pay for, but if you plan on releasing a project, hire a talented editor!

This is just the pitch-perfect example of a book that could have been marginally better with the assistance of a quality editor.

Mandel’s tale moves along rapidly, and the characters are interesting enough to keep you engaged in the story. While the premise is cliché, it’s fun. The story feels like an homage piece to 70’s and 80’s slasher fare, and who doesn’t enjoy a mindless good time (really now)? See, Red Century isn’t a deep story, but it doesn’t try to pretend to be a deep story. It’s self-aware. However there’s no way to avoid the constant hiccups in the narrative that could have easily been isolated and repaired with the assistance of an editor.

The other major issue with the story is Mandel’s sporadic prose. He often starts strong, but tapers off as chapters progress, and as the final pages arrive it almost feels as though Mandel has grown tired of telling the tale. I’ll say this: The reader is clearly able to identify when Mandel is fresh, and when he’s been writing a bit too long. The inconsistencies make for something of an up and down read. Some sequences are genius, others fail. Take for example the first fatality of the book. There’s a nice buildup going: an active party, band, drugs, alcohol, it’s all there and it’s operative. Time is invested in creating the proper atmosphere, but then the first kill comes along, and it’s thrown together… done and gone within in a couple of paragraphs.

Those kinds of weaknesses hurt the book. They really do. But I cannot lie, I liked the story. The story is what it’s supposed to be, a lot of fun with a couple of in-your-face kind of moments and a sizable enough group to build a large body count. But the truth is the truth. And the truth is a top notch editor would have taken this from a 2.5 rating to an easy 3.5, if not 4.

I’m almost angry Jacob didn’t have the right editor on hand to handle the book… goodness me, this could have been such an elevated and impacting novella. Frustrating!

Regardless of some sketchy areas, I recommend giving it a shot. It’s a quick, inspired read with some nostalgia in waiting. It’s not without its errors, but the audience should detect Mandel’s passion on a regular basis, and at the end of the day I’ve got to reiterate, there’s some fun to be had here – though I think Jacob Mandel is a far better writer than this one may lead you to believe.

Give it a try right here, there’s a strong possibility you’ll dig the book.