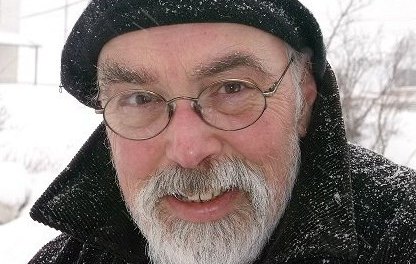 William Meikle is one of Scotland’s standout talents. The man’s well versed in the horrific narrative, and he’s got no issues with tackling big bad beasts. The man is a bestselling author, and with good reason: his works are damn compelling. Author of more than 20 novels, Meikle has earned his status as a top notch writer, and it’s about time fans here stateside began to take greater notice.

Meikle, for all it’s worth, is a light hearted gentleman with a great sense of humor. You’ll likely pick up on that in this new interview that comes our way courtesy of William and HNR’s Drake Morgan who crafted a series of intriguing questions for this bright talent. 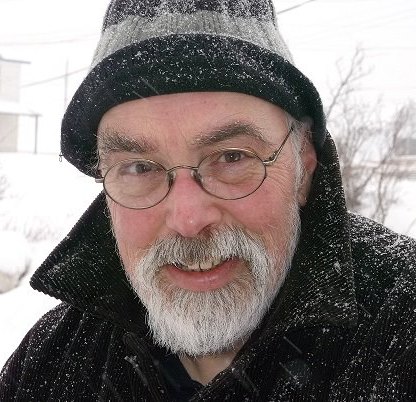 Horror Novel Reviews: You write in a variety of genres, including occult, science fiction, and Lovecraftian. Do you have a particular approach to each genre, or do you take more on a creative feel basis?

And in my case, it’s almost all pulp. Big beasties, swordplay, sorcery, ghosts, guns, aliens, werewolves, vampires, eldritch things from beyond and slime. Lots of slime.

But I don’t really think of them as being different. It’s all adventure fiction for boys who’ve grown up, but stayed boys. Like me.

HNR: Your Scottish background plays a large role in your writing. Give us some insight into Scotland’s amazing mythology and Celtic mysticism.

WM: A lot of my work, long and short form, has been set at home in Scotland, and a lot of it uses the history and folklore. There’s just something about the misty landscapes and old buildings that speaks straight to my soul. (Bloody Celts… we get all sentimental at the least wee thing).

Scottish history goes deep. You can’t swing a cat without hitting a castle or a historic monument or, from further back, a burial mound or standing stone. Five thousand years of living in mist and dampness, wind and snow, lashing rain and high seas leads to the telling of many tales of eldritch beings abroad in the dark nights. Add in the constant risk of invasion and war from Romans, Danes, Irishmen, Vikings and English and you can see that there’s plenty of fertile ground for both fact and fiction to merge into a rich and varied mythology.

But I think it’s the people that influence me most. Everybody in Scotland’s got stories to tell, and once you get them going, you can’t stop them. I love chatting to people, (usually in pubs) and finding out the -weird- shit they’ve experienced. My Glasgow PI, Derek Adams is mainly based on a bloke I met years ago in a bar in Partick, and quite a few of the characters that turn up and talk too much in my books can be found in real life in bars in Glasgow, Edinburgh and St Andrews.

I grew up in the West Coast of Scotland in an environment where the supernatural was almost commonplace. My grannie certainly had a touch of “the sight”, always knowing when someone in the family was in trouble. There are numerous stories told of family members meeting other, long dead, family in their dreams, and I myself have had more than a few encounters, with dead family, plus meetings with what I can only class as residents of faerie. I have had several precognitive dreams, one of which saved me from a potentially fatal car crash.

I have a deep love of old places, in particular menhirs and stone circles, and I’ve spent quite a lot of time travelling Scotland, the rest of the UK, and Europe just to visit archaeological remains. I also love what is widely known as “weird shit”. I’ve spent far too much time surfing and reading fortean, paranormal and cryptozoological websites. The cryptozoological stuff especially fascinates me, and provides a direct stimulus for a lot of my fiction.

That, beer and playing blues guitar get me through.

HNR: I loved your quote “I love monsters.” What draws you to them?

Some of that fascination stems from early film viewing. I remember being taken to the cinema to see The Blob. I couldn’t have been more than seven or eight, and it scared the crap out of me. The original incarnation of Kong has been with me since around the same time.

Similarly, I remember the BBC showing re-runs of classic creature features late on Friday nights, and THEM! in particular left a mark on my psyche.

I’ve also got a Biological Sciences degree, and even while watching said movies, I’m usually trying to figure out how the creature would actually work in nature — what would it eat? How would it procreate? What effect would it have on the environment around it?

On top of that, I have an interest in cryptozoology, of creatures that live just out of sight of humankind, and of the myriad possibilities that nature, and man’s dabbling with it, can throw up.

All of this means I can’t avoid writing about the beasties, from Giant Crabs in CRUSTACEANS, to Yeti in BERSERKER and ABOMINABLE, man-eating seaweed in THE CREEPING KELP, Native Indian Wendigo in NIGHT OF THE WENDIGO and Giant Ants in GENERATIONS among others. There will be more to come. 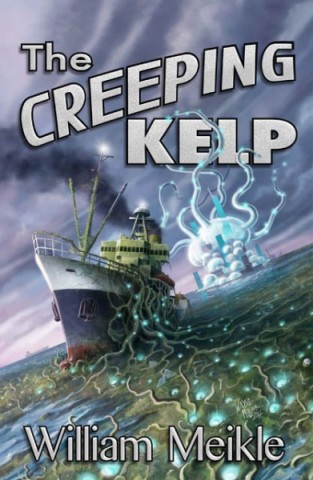 HNR: You have a unique way of blending that fine line between good and evil (lovely Celtic touch). How do you view good and evil?

WM: I’m not a believer in either a God or a benign universe. I grew up Church of Scotland, R.E. at school, church and Sunday school on Sundays. It didn’t take. I also have a scientific background with a degree in Biological Sciences that leads me to tend towards the “clockwork dolls” analogy of who we are being a complex function of genetics, biochemistry and nurture.

But I have had encounters that I can only class as supernatural that have given me a curiosity as to how everything hangs together, and I’ve had a couple of precognitive dreams have led me to think more deeply about the nature of fate and time.

I wrote this in one of my books, and as a personal philosophy, it’ll do for me:-

“Life is an opportunity to create meaning by our actions and how we manage our way through the short part of infinity we’re given to operate in. And once our life is finished, our atoms go back to forming other interesting configurations with those of other people, animals, plants and anything else that happens to be around, as we all roll along in one big, happy, ever changing, universe. Don’t try to understand it-just enjoy the dancing.”

So, to stop rambling and get back to the question – I believe good and evil are human constructs, a personal choice we all make. Whether we end up getting punished or rewarded for those choices is something we’ll all find out sooner or later.

HNR: How has Lovecraft influenced your work?

WM: I discovered the writing of H P Lovecraft back in the very early Seventies. I came to him, not looking for horror, but for Science Fiction as that was where my prime interest lay back then. I believe the first story I read was THE DUNWICH HORROR in one of the cheap UK paperback editions. That was enough for me to seek out the rest, and I remember reading AT THE MOUNTAINS OF MADNESS while sitting on the back steps of our house on a hot summer’s day.

His world-view of cosmic horrors to which mankind is of no import whatsoever is something that resonated with me way back then and it was only natural that I should turn to some Lovecraftian conceits in my own writing. In recent years I’ve found there’s a wide variety of markets willing to share my obsession. My list of Lovecraft-inspired works grows apace.

WM: It’s all about the struggle of the dark against the light. The time and place, and the way it plays out is in some ways secondary to that. And when you’re dealing with archetypes, there’s only so many to go around, and it’s not surprising that the same concepts of death and betrayal, love and loss, turn up wherever, and whenever, the story is placed.

As I said earlier, it’s all just adventure stories for big kids to me. 🙂

HNR: As a reader, I love this cross-over element. What benefits do you see in snatching bits and pieces from everywhere in the creative process?

WM: As you say, it allows me to pick and choose from my many obsessions; a bit of Man From Uncle, a trip to Skull Island, a snatch of Star Trek, big blobs, some swordplay from Errol Flynn swashbucklers, Carnacki, a bit of Adam Adamant, some Sherlock Holmes or Professor Challenger, some cops and detectives from ’70s TV shows and Quatermass, always Quatermass. Mix them all up in a lovely jumble, wind the characters up and away we go. It hasn’t failed me yet over 20 novels and 300 short stories. Long may it continue.

HNR: What can we expect in the coming months? 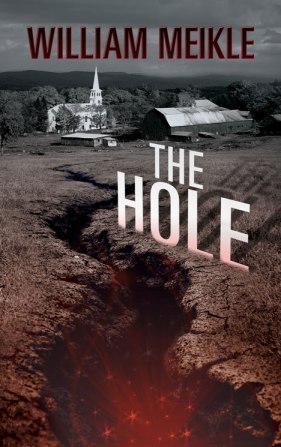 First up in August 2013 will be a new horror novel, The Hole, and a new novella in Jan 2014, Broken Sigil coming from DarkFuse (with two more novels and two more novellas to write for them as part of a six-book contract).

There are new shiny paperback editions of the 2nd and 3rd Midnight Eye books coming (both from Seven Realms in the USA) and all 3 books will also appear in Portuguese language editions in Brazil.

At some point soon I’ll have a weird Western novel, The Ravine and a Sci-Fi novella, The Plasm coming from Dark Regions Press.

There’s also a big beasties collection, BERSERKER and other Cryptids, coming from FRINGEWORKS in the UK which will see my short Vikings versus Yeti novel in print for the first time alongside stories featuring more yeti, the Loch Ness Monster, the Mothman and the Auld Grey Man of the Cairngorms.

Apart from all of that I have numerous anthology appearances coming up, and I’m shipping a couple of other collections around with various degrees of interest from publishers.

On the writing front itself, I’m about a quarter of the way through a new novel – inspired, in part, by a recent reading of Alan Garner’s Elidor and featuring some Arthurian motifs in contemporary Edinburgh.

A huge thanks goes out to William, who took time out of his personal schedule to answer our questions. We strongly suggest you swing by the man’s website as you’re likely to stumble upon something enticing.