I’ve been hooked on horror from an early age. To be honest, I’ve probably read at least 400-500 novels over the last few decades. I’ve stumbled upon some terrible work, some mediocre work, some good work, some great work and ultimately, a few really, really special offerings.

Here’s a list of the 10 books I will always return to. The ones that call my name repeatedly because they’ve got that “it” factor. Whatever “it” is, it’s something profoundly special. These are timeless novels that will forever be recognized as masterpieces. Not awesome novels, nearly untouchable novels.

Ray Bradbury: Something Wicked This Way Comes – Ray Bradbury captures the essence of youth like few authors ever have. His tale of Will Holloway and Jim Nightshade and their potentially fatal feud with evil carnie leaders Mr. Dark and Mr. Cooger is a piece of fiction that stands unrivalled. There’s such an amazingly poetic quality to this truly terrifying tale that it still leaves me completely mystified. Read Something Wicked This Way Comes and it’s quite easy to be drawn into the tale, a new character to the fold. 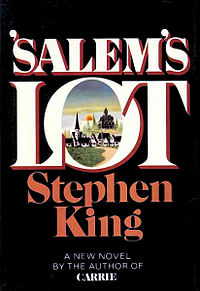 Stephen King: ‘Salem’s Lot – The greatest vampire novel ever written, Stephen King creates a hero and a villain to cherish. They just don’t make personalities like this anymore. The atmosphere of the novel is glorious and the moments of terror really sting. This is what frightening vampires are about. Not those shiny ones, or the romantically inclined bloodsuckers, the deeply petrifying kind. A super piece of vampire fiction that’s yet to be surpassed in overall quality.

Dean Koontz: Phantoms – I read Phantoms in 1995 and it scared the life out of me. In truth, there’s a fairly basic idea at work here: unknown force obliterates a town. But there are countless layers to the tale. We also get some awesome creatures, some really fun characters and some of the best mystery Mr. Koontz has ever crafted. I read this one every year or so, and that won’t change as long as I’m still walking this earth.

Robert R. McCammon: Bethany’s Sin – I’m not sure reading this as a teenager was the best decision I’ve made. It left me mortified by the potential darkness that lives within woman. It also proved to be insanely entertaining with a whole lot of action, some wicked axe wielding and a sense of manipulation you don’t come across very often. Has McCammon written technically superior works since? Yes. But none have ever crawled under my skin like this underrated beauty. 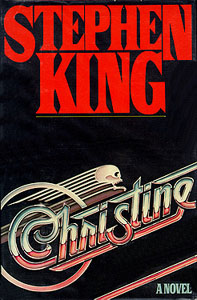 Stephen King: Christine – Hey, Stephen King made the list again! Surprised? I didn’t think so. Christine won me over for some of the same reasons that Something Wicked This Way Comes won me over. King completely connects with the teens of this novel. He creates more than a name on a page, he makes actual personalities that could climb right out of the novel and juggle a little conversation with you. Arnie Cunningham’s descent into madness is awe inspiring, and the finale is… to die for. An amazing piece of fiction! 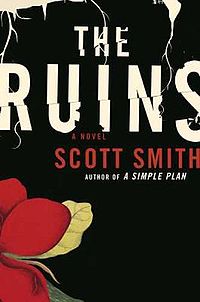 Scott Smith: The Ruins – There have been extremely few novels that have successfully made me nauseous. But reading The Ruins was, at times, difficult. There are some stomach turning events in this one, and Smith is so remarkably graphic that you’ll want to skip right over paragraphs. The fact that he understands a unique conflict, and definitely knows what it takes to introduce characters that force you to love and hate them, is unique. It’s an uncanny quality, and The Ruins is a masterful novel. 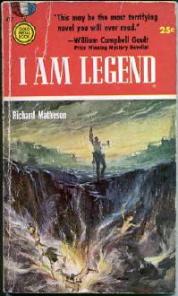 Richard Matheson: I Am Legend – If any vampire novel is going to give ‘Salem’s Lot a run for its money, it’s I am Legend. But I Am Legend is an entirely different kind of story. It’s every bit as much post-apocalyptic terror as it is vampiric, and the solitude that Matheson manufactures is depressing. It’s dark and harrowing… at times hopeless. But it’s totally and completely engaging, at all times. A legendary addition to the genre. 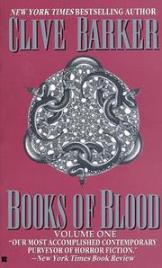 Clive Barker: Books of Blood Vol. 1 – Clive Barker’s inaugural chapter of the Books of Blood series was magic in print. Completely original, totally terrifying and intricately written, it’s one of, if not the finest collection of shorts ever released. The Book of Blood, The Midnight Meat Train, Pig Blood Blues and In the Hills, The Cities are all engrossing tales that demand revisits. 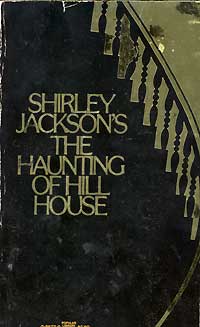 Shirley Jackson: The Haunting of Hill House – The subtle terror of Shirley Jackson’s haunted house tale is gorgeous. In fact, the entire novel is a wonder to behold. Characters and atmosphere fuel the whole story, and Jackson delivers plenty of scares, but really leaves the terror to the imagination. It’s not always what actually happens in this one, it’s the things that could happen, the ideas that meander through the imagination that really make this a haunting story.

Robert Bloch: Psycho – Ultra controversial and as extreme as they come, Robert Bloch dared to tell a story few would have back in 1959. Incest, ultra-violence, necrophilia… it’s all here, and it’s all disturbing. In fact, even today, some 50-plus years after publication, Psycho is one of the most taboo stories ever told. The fact that it’s rooted in factual events only seems to make this novel more shocking. Wonderfully told, and obviously quite inspirational, Psycho isn’t just one of the best tales written, it’s also one of the most influential. 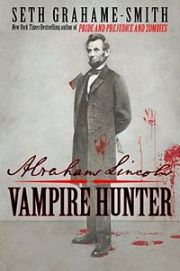