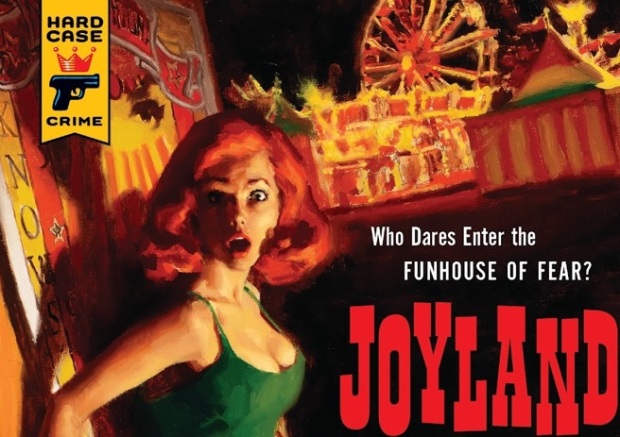 I crafted this piece for Best-Horror-Movies.com, but felt it was damn relevant to this site, so I wanted to share! Check out an excerpt from the article below, and read the full article over on BHM!

Prepared to see another Stephen King novel hit the big screen? Good, because it’s happening! Tate Taylor- who directed the surprise commercial success, The Help – has been granted an option by King himself to direct a cinematic rendition of King’s forthcoming tale, Joyland. Not only will Taylor direct this one, he’ll also handle the screenplay.

John Norris will produce through his Wyolah Films banner alongside Taylor himself, according to Deadline.

“Set in a small-town North Carolina amusement park in 1973, Joyland tells the story of a college student who moonlights as a carnival worker. There, he confronts the legacy of a vicious murder, the fate of a dying child, and the ways both will forever change his life. It’s got all the makings of a King potboiler, with crime, mystery, ghosts and a creepy carnival setting. The book is being published through Hard Case Crime, the line of pulp-styled crime paperbacks published by Titan Books.”

Again, check out Best-Horror-Movies.com for the full scoop. And while you’re at it, bookmark the page. We’ve got some absolutely fantastic work featured on the site by a handful of stellar contributors!

1 Comment on What?! Stephen King’s ‘Joyland’ Optioned for Cinematic Transfer!