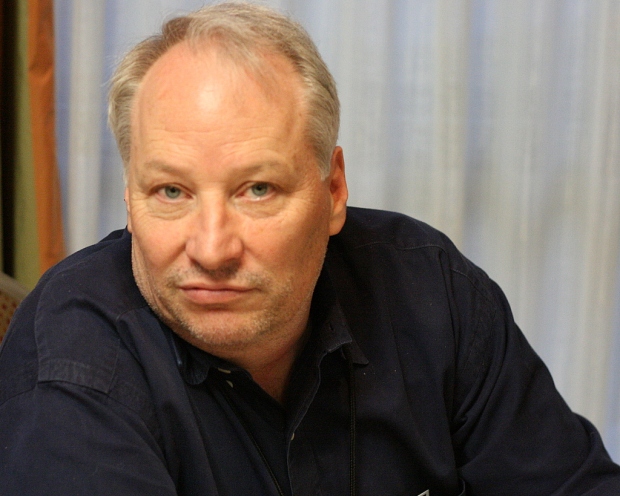 First, the things Joe R. Lansdale and I have in common.

We both began to practice the martial arts as teenagers and into our adult years.  I stopped in my mid-thirties; while Joe went on to develop his own unique system in 1996, Shen Chuan.

We both come from poor families, though Joe had it far worse than me.  After my parent’s divorce, my mother, younger sister, and I moved back to my mom’s home in North Carolina.  She managed to raise two kids on the tips from her job as a waitress in a coffee shop for twenty years.

We both wanted to be writers at a young age and were influenced by the novels of Edgar Rice Burroughs.  Joe went on to become a master storyteller and a success at the written word, while I’m just now getting started after piddling around for three decades (meaning I wrote some stuff, sold it, but didn’t pursue the craft of writing with the vigor I’m now displaying).

My first real introduction to Joe Lansdale occurred during the summer of 2001.  I’d had my computer for a year and was already writing customer book reviews for Amazon.  Somewhere on the Internet, I read a comment made by another author, praising Joe and his recent novel, The Bottoms.

Now, I already knew who Joe Lansdale was.

I remembered him from the mid-eighties and early nineties as a horror writer.  I also remembered that it was he and his wife, Karen, and Robert McCammon, who started the Horror Writers Association.  I was therefore surprised by the comment about the book.  You see The Bottoms seemed more like a drama that takes place during the Great Depression than an actual horror novel.  Maybe it was even because of that I found myself curious about the book.

Strange as it may seem, I can’t remember who it was that wrote the comment on Joe’s novel.  The important thing is that the comment triggered my interest.  I purchased it from Amazon a few days later.  When I finally received the book in the mail, I devoured it in two days and thought it was the best novel I’d ever read in my life.  I couldn’t get the story out of my mind and wondered why the book hadn’t been nominated for a Pulitzer Award.  I actually checked into the awards to see if I could nominate it, but the novel had already been out for a year by that point and it was too late.  Even now, twelve years later, I still consider The Bottoms to be the number one book on my list out of the thousands that have passed through my hands during the last five decades.

A few weeks after having read The Bottoms, I was paid a visit by the fantastic Irish writer, John Connolly.  I’d become a fan of his “Charlie Parker” series, and we had begun to communicate with each other via the Internet.  Thank God for computers!  John was in Las Vegas, promoting his books and stopped by my apartment and had a Guinness with me.  As John so quickly pointed out, Guinness ale was British and not Irish, but it all the convenience store had that was next to my apartment complex, unless you count Bud, Miller and Heineken.  Anyway, John and I talked about books and authors.  He was extremely knowledgeable about American authors and checked out my bookcase.  After a minute, he pulled out my hardcover copy of The Bottoms and turned around to smile at me.  He wanted to know what I’d thought of the book.  Without any hesitation, I told him it was the best novel I’d ever read.  He agreed with me and suggested I check out Joe’s Hap/Leonard series.  Though John had never personally met Joe Lansdale, he had used one of the author’s short stories in an anthology he was editing and knew the East Texas writer from that.

I didn’t know anything about the Hap/Leonard series, but after John left, I was quick to get on the computer and check the individual titles out on Amazon.  I immediately ordered what I could find in paperback: Mucho Mojo, The Two-Bear Mambo, Bad Chili, and Rumble Tumble.  When I got them from Amazon a week later, I decided to start with Bad Chili.

I remember reading the first chapter of Bad Chili and laughing so hard that I had tears running out of my eyes and stomach cramps.  You see the novel begins with Hap and Leonard out in a field, shooting cans for target practice.  A squirrel suddenly darts out of the nearby woods and charges Hap.  Leonard, being smart, hops into the rear bed of the pickup truck, while Hap runs around in circles with the squirrel chasing after him.  Of course, the squirrel has rabies, and Hap does shoot the critter, but the way Joe Lansdale described the scene just tore me up.  It was the funniest thing I’d ever read.  I’m sure Hap wouldn’t have appreciated my laughter.  Leonard would have, but not Hap.

I finished Bad Chili that night, and the next day I started on another of Joe’s Hap/Leonard books.  I had all four of them read by the end of the week and was then an avid Hap/Leonard fan.

Other of Joe’s novels soon followed with A Fine Dark Line, Sunset and Sawdust, and Captains Outrageous (Hap/Leonard).  All the books were truly excellent in every way imaginable and sealed my bond with this great writer.  Make no mistake about it, Joe Lansdale is indeed a great writer who hasn’t even hit his peak, though his newest novel, Edge of Dark Water, may be running a close tie with The Bottoms.

Over the next few years I started buying some of Joe’s Hap/Leonard novels in hardcover directly from him.  Joe is one of the few authors out there who also sells autographed copies of his books at very reasonable prices.  I was able to pick up the books I wanted in 1st editions and autographed for less than the publishers price.  That enabled me to build up my collection without losing an arm and a leg.

Then, the unthinkable happened.  I got laid off from my job and eventually had to sell my entire collection of books to pay my rent and keep bologna & cheese sandwiches on the table.  I somehow managed to survive the ordeal.  When I got rehired back at the same Vegas hotel several months later, I started rebuilding my collection.  In three years I was able to replace most of the books I’d originally had.

Well, the hotel I worked at closed on a permanent basis.

I took a small severance package from the corporation with the intent of moving back to North Carolina.  I was tired of Las Vegas.  Like most places, this is a town with its pros and cons.  I, however, waited too long to make a final decision.  Actually, I’d started writing a novel, and I knew if I didn’t stay and finish it, the book would never get done.  I was unemployed for a solid year and once again had to sell my book collection to make ends meet.  Still, I eventually finished my novel, sold it, and made a few hundred dollars from the royalties.  Then, just as I was about to find myself living on the street, a friend offered me a room to rent in her home.  I grabbed at the offer like a drowning man reaching out for a life preserver.

I eventually got hired back by the same corporation that had owned the closed hotel.  Once I had a steady paycheck coming in, I started building my book collection back up and buying more copies of Joe’s novels in autographed hardcover editions.  Joe’s talented daughter, Kasey (she’s a country western singer and writes her own songs), had taken over the business of selling her father’s books.  Anyway, I’ve got twenty-three of Joe’s books with all but one being autographed—The Bottoms.  I have a pristine 1st edition of that novel, and I’m waiting for the day when I finally get to meet Joe in person so he can sign it for me.

One thing I’ve discovered about Joe over the years is that he’s a man who appreciates his fans.  He loves meeting with them and shooting the shit.  He doesn’t have much patience with fools, but he will go out of his way to be kind to those people attending his autograph parties or meeting him at a convention.  A lot of authors don’t want to be troubled by their fans.  Joe’s personal kindness is one of the things that cause him to stand out as an American writer.  He not only strives to write the best possible novel each time out, but wants to make sure it’s a book his fans are going to enjoy.

And Joe can write anything he sets his mind to.  He’s written fantasy novels, westerns, horror, mainstream drama, action, and science fiction.

This man is a true storyteller!

Another important thing is that Joe has offered me encouragement over the last three years as a writer.  Almost no author will do that to a beginning author.  Joe can see the potential in a story even if another rewrite is necessary to correct the grammatical mistakes in it and won’t hesitate to tell you the good and bad.  Knowing Joe liked one of my stories certainly gave me the added push to keep living my dream.  Due to recent time constraints, Joe has had to stop doing this for new writers because of the extremely large number of requests he receives.  To find the time to honor the requests, he would have to stop writing and teaching the martial arts.  That’s not going to happen because writing and the martial arts are a part of his life.  Hardly anyone knows me; yet, I receive about two requests a week from new authors, wanting me to read and review their novels.  I had to start saying “no” to, or I wouldn’t be able to get my own reading and writing projects done.

Last, I should also point out that Joe Lansdale at 61 is definitely in a lot better shape than I am.  This man has hands that are as fast as the late Bruce Lee.  I’ve seen some of his demonstrations of Shen Chuan on You-Tube, and as a former martial artist, I have to admit to being blown away by Joe’s blinding hand blocks and strikes.  He still has the energy of a thirty-year-old.

Heck, he just produced his own movie, Christmas of the Dead, along with the help of his family.  Expect to see it sometime in 2013.

Joe’s newest novel, Edge of Dark Water, is now out in paperback.  He also has a new hardcover, The Thicket, coming out at the end of the summer from Mulholland Books.  Joe will have a large collection of new and previous published short stories (Bleeding Shadows) coming out this fall in a beautiful edition from Subterranean Press.  Finally, Joe R. Lansdale will return to horror with a new novella that’s due out before the end of the year.

Now, let’s hope I don’t get laid off again and have to sell my collection of books one last time.