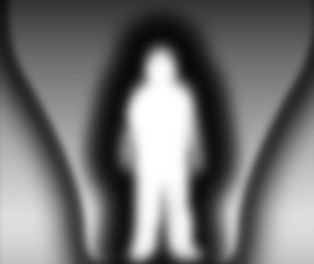 If you’re not a regular visitor here at HNR, you may not realize how heavily we campaign for Todd Keisling. Hell, the name may not even be familiar to you, as he’s a relatively young talent in this business with only a small handful of novels under his belt.

The first two books of his Monochrome Trilogy, A Life Transparent and The Liminal Man make for spectacular, engaging, original reads. You’ll tear through them in the blink of an eye, and when the paper shreds cease to fall and the dust has settled, you’ll likely find yourself thinking, this dude’s gotta get his ass in gear and give me my final chapter, damn it!

The man dumps his heart and terrific prose into his releases. They’re treasures to read (A Life Transparent earned a 4.5 of 5 rating from me, while The Liminal Man managed the same feat, keep in mind I don’t like to dish out significantly high marks for novels. They’ve got to be legitimately stellar to warrant those kind of ratings) and now Todd and Amazon have a treasure for you.

Right now you can get Todd’s, A Life Transparent for your kindle absolutely free of charge. The book is tearing up the Kindle Horror charts, ranking inside the top 25, and there’s good reason for that.

Don’t do yourself an injustice and overlook this story (and steal). This is an engrossing tale from a guy that you’re going to be hearing a lot from in the years to come. Todd’s a certified talent, no smoke and mirrors, no marketing gimmicks, no massive platform from which to shovel his product down throats. He’s just an awesome author.

Go download the book, let’s take this man to number one on Amazon’s charts! And furthermore, as a horror fanatic, typing to thousands of other horror fanatics, I ask you to Facebook, Tweet, Tumbl, and Reddit the hell out of this post. The world needs more authors of Todd’s caliber, let’s give this one the word of mouth promotion it deserves.

Here’s your link to A Life Transparent! Go download it ASAP.