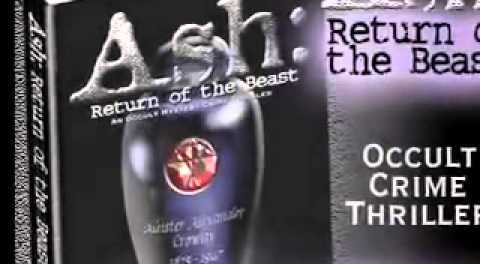 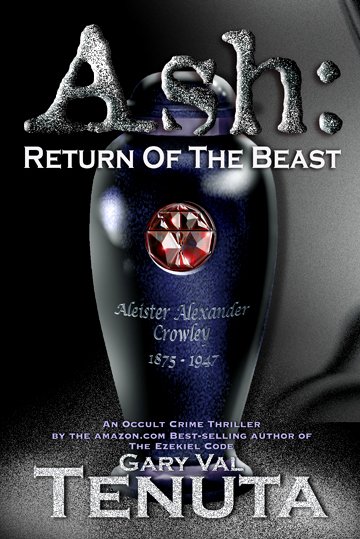 There have been countless novels over the decades that somehow include, reference, or are about Aleister Crowley. His dark legacy has fueled fiction and non-fiction alike, much of it retreads the same old ground. Satan, that “book,” evil magic and so on have become tired tropes. Gary Val Tenuta’s latest work, Ash: Return of the Beast steps into new territory with the Crowley/ dark magic legend. Rather than simply focusing on a single aspect of Crowley’s legacy or Crowley himself, Tenuta creates a familial legacy.

The story centers around a death-metal musician named Rodney Duckworth. He’s compelled by something he cannot explain to purchase a large, crumbling mansion. Within its dark walls, he discovers he’s the heir to a very evil bloodline. The dead bodies mount and Detective Kane is assigned to the case. He is paired a detective who seem s far more at home among the pentacles and gargoyles than he is and we slowly begin to see there is far more here than meets the eye.  As he struggles against the forces of darkness, ancient secrets are revealed that bring the novel to a shocking conclusion.

The narrative takes a different approach to the run-of-the-mill Satanist storyline. The action builds nicely and we are drawn into the web of evil and dark revelations as the story progresses. The narrative is rich with details on magic, mystical cycles, and ancient gods and goddesses. The relationship between Kane and Ravenwood felt uninspired and I never really felt a connection to any of the characters. This left the ending a bit flat (no spoilers here). The narrative structure is based around very specific segments of time, so pay close attention or the storyline can become confusing.

For those readers interested in Crowley, dark magic, Satanism, and demons, Tenuta delivers. He avoids many of the cliché elements of Satanism narratives and gives us an action-packed story that moves along well.