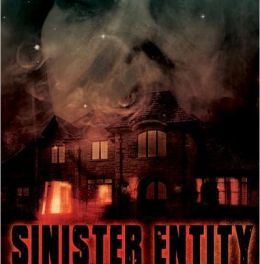 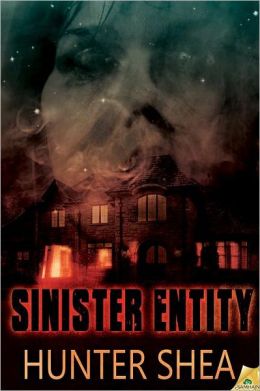 Ghost stories are making a comeback with the popularity of real-life paranormal shows and Hollywood movies. The difficulty here is in creating something different. What can we do with spirits, ghosts, phantoms, and their ilk that hasn’t been done far better by the likes of Henry James, G.W.M Reynolds, Charles Dickens, Edgar Allan Poe, and their contemporaries? Other than jumping out from behind a door and shouting “BOO,” what do ghosts do? Hunter Shea has tackled the problem with a new angle on the traditional haunting narrative. In his latest novel, Sinister Entity, The Leigh family is being stalked by the ghostly image of their young daughter, Selena. The catch? Selena is very much alive. Frightened out of their wits, they look to Jessica Backman, an expert in paranormal activity, to solve this terrifying mystery.

Shea builds the suspense very well. There are no bloody bodies; no gore-soaked apparitions in the first three pages. The family begins to see and hear little things. Strange noises, voices, and footsteps fill the house when the child’s not supposed to be home. We are also introduced to Jessica. Sinister Entity is not Shea’s first book about Backman, but I liked that you can read this one as a stand-alone novel. The plot is well-developed and the elements of “ghost-hunting” come across authentic without getting too scientific to lose the reader. There’s a very interesting chapter contrasting the amateur Ouija board and the professional paranormal investigative techniques that I thought was a nice touch. The story culminates in a climactic showdown between human and spirit that keeps you glued to the pages.

The narrative is exciting and the paranormal angle is a new take on the ghost story. However if there’s a critique to make, it falls on the characters, who just weren’t overly compelling. They began to blend into one another as the story progressed. Selena and her friends all felt as if they were different facets of the same person. Even Jessica failed to leave a distinct impression on me.

This novel really works as a paranormal thriller. It’s got suspense, action, ghost hunting, sinister spirits, and the delightful Ouija board of which I am so fond from my youth. It’s weak on character depth however, and for me that meant it didn’t resonate as a long-term novel. This is not something I would pick up again and again, but it was great entertainment while it lasted. The ending is setup for a sequel, so be prepared.