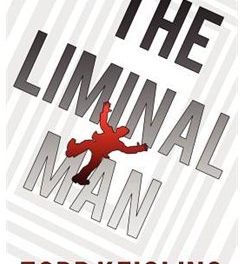 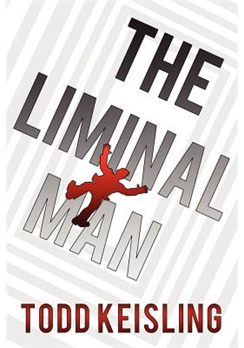 I’ll admit one thing: reviewing The Liminal Man is going to produce a few challenges. This novel, a perfect follow up to Todd Keisling’s, A Life Transparent isn’t going to be an easy feat. The story picks up roughly one year distanced from the events of A Life Transparent, but if you thought Todd’s breakthrough was a complex tale, The Liminal Man will have your head spinning fast enough to leave Linda Blair in awe.

The depth of this story is amazing, and works not only as a sequel and companion piece to A Life Transparent, but as a terrifying inter-dimensional tale all its own. In fact, the intricacies of this immediate follow up surpass expectations and invoke a tangible feeling of perennial dismay. It’s near impossible to detach yourself from Donovan Candle’s incessant troubles and anguish, as he’s once more sucked into the world of The Monochrome; this time utter boredom doesn’t see the aspiring writer yanked from one world to the next, so much as a refusal to – forgive the crude terminology – acknowledge the fact that he’s a full-blown coward who lacks the moxie to stand up for what’s right, or, what he alone knows to be right.

A practical non-existence landed Donovan in The Monochrome initially. A combination of fear and complacency draw him back into this bleak realm. And this time, it’s not so much Dullington (the previous novel’s antagonist) to blame for Donovan’s abduction, as it is Sparrow’s, a nasty character we met in A Life Transparent, who has seemingly usurped Dullington as the “King of the Monochrome”, and now seeks a measure of revenge. But Sparrow doesn’t play by the rules, and Donovan’s on the cusp of learning that a second escape from this alternate existence won’t be quite as easy the second time around.

While a number of supporting characters return for the novel, the most relevant is that of the experienced and wise Joe Hopper, Donovan’s… heroic alter ago if you will (he’s more the confident conscious of Donovan than anything else), based on Candle’s own brother, investigator Michael, who you may recall aided Donovan in resolving the terrifying issues that arose in A Life Transparent. Hopper’s guidance through this tumultuous journey proves pivotal, and every exchange between the two is gratifying. The tried and true Hopper, guiding the still-searching for relevance, Donovan, creates a fetching contrast.

I won’t fill you in on the specifics of the story, as, you should all know by now, I despise spoilers. But take note of this, our new villain’s motives differ from Dullington’s, significantly, and Donovan’s chances of escaping this trip to the depressing world of flat colors and hungry monstrosities look far less promising.

We’ll meet a handful of new characters in this novel, and while some find themselves disappearing within the novel’s pages, others really manage to create a strong impression. Quinn, Donovan’s nephew, in particular, is an interesting personality who brings some compelling dynamics to the adventure. He’s a memorable young man who helps to outline Donovan as more of a hero than he truly is. That’s a refreshing story bullet, as Donovan isn’t your prototypical hero in the slightest. I guess everyone needs someone to make them look a bit better, right?

Everything I found charming in A Life Transparent, is right here, fully intact in Todd’s rewarding follow up, The Liminal Man. An addictive read that forces absurd thoughts of parallel existences, this is the second consecutive home-run for Todd, and without question: a must own piece of literature. Likeable characters, paralyzing monsters, and an uncanny loneliness leave a mark on the psyche, and a strong desire to see another novel in this storyline produced.