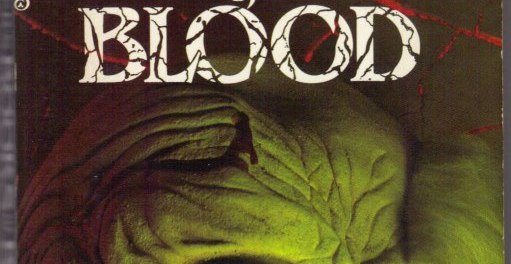 If ever there was an immediate sequel to a novel that fit perfectly into the box of continuity, it’s Clive Barker’s Books of Blood Volume Two. The second installment in this series picks up right where its predecessor left off, blending mind numbing psychological scares with hideous creatures few possess the imagination to conceive. Quite honestly, this just feels like a fantastic extension of the first BOB, and I love that. There’s no need to fix what isn’t broken, and Mr. Barker apparently agrees.

Book Two features five new tales that shock, nauseate and manifest a feeling of bona fide dread. In fact, speaking of “dread”, one of the tales affixed here dons that exact title, and it’s one of the most disturbing efforts to grace this body of work. Dread tells a tale of ultimate manipulation, narcissism and grand intellect. When Steve finds himself ensnared by the sublime intelligence (and legit madness) of Quaid, his world is turned upside down. Philosophy be gone, this story is a character study in fear, or, dread. I won’t jump into detailed specifics, but I’ll tell you this: Quaid is a man out to force others to face their fears. Terror drives him, and he yearns to know what makes others tick. His insatiable curiosity leads to some sickening torture that works a mean nerve in readers. This story made it to film in 2009, and if you’ve seen it and enjoyed it, I beseech you to read the source material: it’s infinitely more frightening, and differs on numerous levels. To be frank, the film feels an embarrassment when compared to this chilling tale.

Good lord how amazing this book is. I feel fully compelled to stray from my breakdown and simply… gush. I suppose that won’t do much for those unfamiliar to this glorious collection, so I’ll call a halt to that right now and continue on in my assessment. Apologies for the distraction!

Another key stand out in this second volume of horrifying fiction is Hell’s Event: a story that pits the future of mankind against the unthinkable grotesqueries of Hell. This piece of work covers numerous angles from self-determination to sacrifice and even dips its feet into the world of politics. However, what helps make Hell’s Event so primitive is the fact that the future of the world we know, lies in a simple foot race. Should man emerge victorious, the legions of Hell will be forced to wait another century to attempt its claim of Mother Earth. Should man fall short of the finish line, allowing the demons who wear human skin in unbelievably convincing fashion, it’s sayonara to all that we know. Recited in rapid fashion, Barker keeps this tale moving about as fast as the entrants of the race, yet he manages to squeeze some terrific character development into a story that, by all means, probably shouldn’t have the time to manifest bond between reader and character. But the bonds are indeed created, and as a reader, I deeply cared for the poor saps stuck in this race, and I mentally urged our protagonists on, willing them toward the finish line, as though a victory may save the very world I myself live in. That’s what I call engaging work, and should you pick this book up, I have serious doubts your opinion will differ.

The third tale I’d really like to illuminate is the paranoia piece, The Skins of the Fathers. Disguised by gargantuan monsters and a harrowing backstory, this is a piece of art that really does fall back on the insecurities of man, the fear of the unknown, vengeance and as I’ve stated, pure paranoia. Perhaps the most intricate of the works you’ll find in Volume Two (I’m certain many would argue that in favor of Dread), The Skins of the Fathers utilizes a multi-layered approach to a rather basic concept. Monsters aren’t strangers to Welcome, Arizona… but they haven’t taken on somewhat of a mythical aura. Few have seen them, ever, although they’ve left an irrefutable mark on Welcome (another stellar detail that I won’t spoil here). A wonderful swing from present day to years distanced brings this story together seamlessly. Welcome’s inhabitants are illustrated wonderfully, but the core conflict separates itself from singular identities (save for three who prove pivotal to the effectiveness of the tale), and leaves readers attempting to take in numerous conflicts, all of which feel so important that it’s impossible to cruise through a page of this story. It grabs you, and doesn’t let go. My only real complaint is that this story wasn’t expounded upon. I think it would have made a top notch novel more than worthy of cinematic transfer.

Barker’s Books of Blood Volume Two is genius. I know that’s not much of a shocker given Clive’s consistently gripping tropes, but it must be said all the same. Everything I read from Barker captivates me to the fullest extent, and I’m honored just being gifted the chance to read his work. He’s always brilliant, and while I didn’t place major emphasis on the other two tales in this collection: Jacqueline Ess: Her Will and Testimony (a great guide to the kind of woman you don’t want to encounter), and New Murders in the Rue Morgue (which makes for the perfect closing note of an already profound collection), believe me when I tell you that they’re memorable works that ricochet off the mind’s walls, long after you’ve read them.